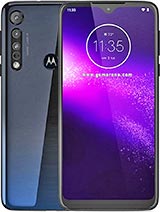 great phone, fast and not lagging in games and no heat issues

Milko Georgiev, 02 Jul 2020The camera is just awful. The phone is ok for its price.You're absolutely right. The phone and system itself is ok, but the camera.... Man, when it comes to portrait photos everyone looks like potatoes.

Pane Trajkov, 21 Mar 2021Mine wasn't slow but now it's hella fasterNo I ment to say is the CAMERA having slow auto focus but yeah your right the phone itself is hella fast

Phone guy 14, 11 Mar 2021When this phone still had android 9 my unit had really slow focus did anyone also have this is... moreMine wasn't slow but now it's hella faster

When this phone still had android 9 my unit had really slow focus did anyone also have this issue?? In android 10 it's fully fixed

Kirio, 02 Mar 2021Terrible experience with this Motorola phone. The camera is slow to focus, pictures often cam... moreDude relax take a deep breath and maybe even take a chill pill

Terrible experience with this Motorola phone.
The camera is slow to focus, pictures often came up blurry even when the preview shows fine, it can take more than 5 seconds (!!!!) to focus on a scene, the depth camera gets easily confused by reflections, the macro camera is a gimmick, just 2MP so the pictures taken are only good for social apps and nothing else. It has an oooold Wifi standard, not supporting 5GHz WLAN. My old Sony phone from 2013 already had 5GHz wifi.
The manual mode on the camera performs worse than other phones with 13MP cameras, the picture often comes up too noisy requiring more exposure time. Now with the Android 10 update, forget about manual mode as it doesn't work anymore, you can dial-in all the settings you want but the phone simply ignores them all and takes the picture as usual full-auto.
The front glass does not have any kind of anti-scratch protection technology requiring a ridiculous "screen protector" otherwise the screen gets damaged from nothing. I have never used a case or screen protector before on any phone and this one unfortunately requires it.
The plastic back also gets scratched and looks terrible within just one week of use.
I'm back to random chinese phones after this one. The included apps are all from Google, they all require a Google account (photos, music, movies) or you have to hunt down a gallery app, music app, video player app, photo editor app, all in the google store.
It is just way too annoying to try and find a replacement built-in app when all my previous phones had great apps out-of-the-box.

Terribly disappointed, won't ever purchase Motorola again. I'm back to Gionee, Xiaomi or any other random Chinese brand. They give the customer way more bang-for-buck.

Amin, 01 Nov 2020Dear All Motorola one macro lost his signals sometimes it's very bad I don't have such issues.

Anonymous, 15 Feb 2021Is anyone else getting battery drain after updating to android 10?For me just a tiny but still amazing battery

Why is there a option in settings to change to 90hz display? I've just 90 hz display before but when switched on in this phone o don't see a difference

Anonymous, 15 Feb 2021Is anyone else getting battery drain after updating to android 10?Yeah I've noticed that too.

Is anyone else getting battery drain after updating to android 10?

GSMarena add that it has a 90hz display in the specifications. With Android 10, the option came in settings.

I just got a notification that Android 10 update is ready!
LETS GOOOOOO!

I gotta say I'm having it sinds february and I love it! Never slow always fast good macro lens and very good normal camera! Depth sensor also nice touch screen is also very good and sharp and I don't see pixels nothing out of the ordinary! Love it!

Total of 154 user reviews and opinions for Motorola One Macro.
ADVERTISEMENTS