Motorola is rumored to bring a 5G capable version of its Razr 2019 for sometime now. A new certification from China’s 3C agency lists a device bearing the XT2071-4 model number, which is believed to be the upcoming Razr 5G. For reference, the 2019 edition comes with the XT2000-1 build number. On to the only notable bit of info from the listing, which is that the phone will come with 18W charging.

Just yesterday we got our first set of specs for the upcoming 5G Razr which include a 6.2-inch display, a 48MP primary camera and 20MP secondary shooter (likely the selfie cam). The device is also expected to come with 256GB of storage which will be expandable via microSD. 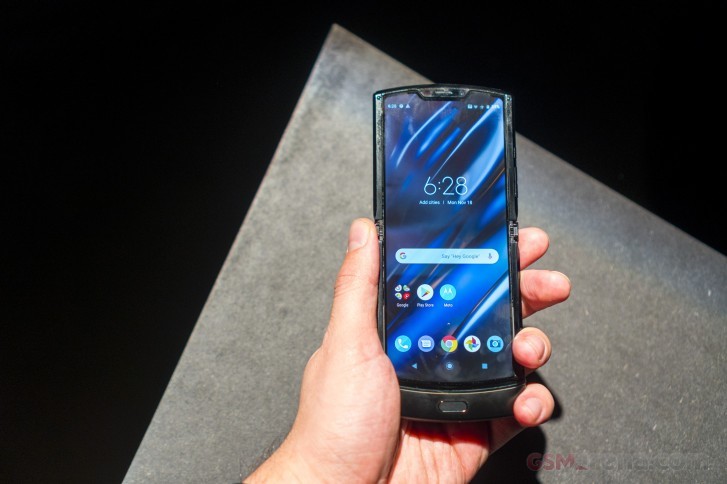 There’s also gonna be a nano-SIM slot unlike the Razr 2019 which only has eSIM. Another change will be the Mercury Silver colorway. There's no real timeframe for when we can expect the new 5G Razr but we'll be on the lookout for more clues.

The screen is already creasing up. Horrible durability.

Unless you want to buy s phone that looses value faster than a car driving off the showroom floor be my guest You can buy a razr new for a thousand dollars when 3 months ago it was 15 hundred You can go on ebay and get second hand for 7 hundred r...

Let the phone will be flat