As you may already know, Motorola is busy working on the next iteration of its first foldable smartphone. The new Razr 5G will have 5G connectivity, as the name implies, made possible by the fact that it's going to have the Snapdragon 765 chipset at the helm. There are many more upgrades to be expected too, but here's one you may not have seen coming: unlike last year's Razr, the Razr 5G won't be exclusive to Verizon.

Back in August, there was already a rumor about it heading to AT&T in addition to Big Red, and today famous leakster Evan Blass has announced that T-Mobile will be selling the device as well. In fact, he also leaked these official-looking renders of the Razr 5G version for T-Mobile, in "Blush Gold". 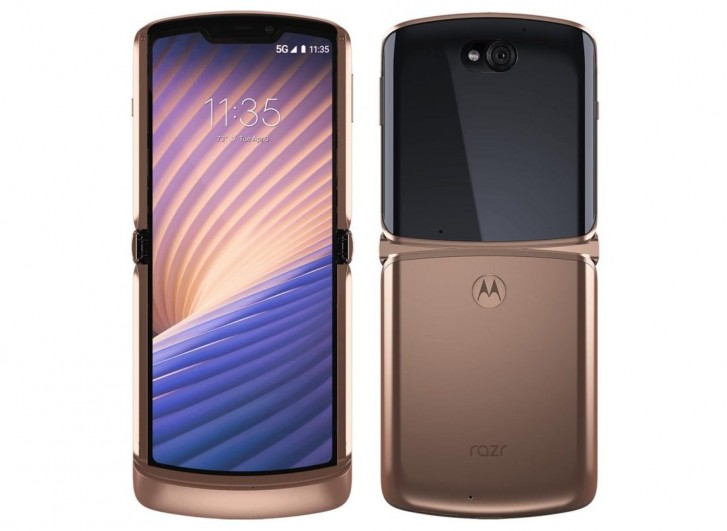 As you can see, it's more of a two-tone finish, with both gold and black featured, in a similar fashion to the Razr 2019's Blush Gold colorway.

Once again we can see that the fingerprint sensor is no longer on the chin, which means it's probably hanging out on a side somewhere (these images definitely don't make it easy to spot). 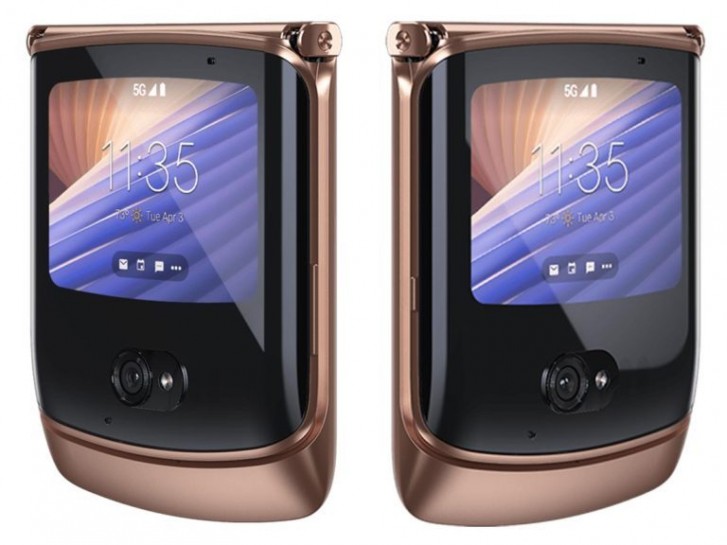 Previous rumors also talked about the main camera getting an upgrade to a 48 MP sensor, while the selfie cam will be a 20 MP unit. Expect to also see 8GB of RAM and 256GB of storage inside, and a 2,845 mAh battery with support for 18W charging. The Razr 5G will be unveiled on September 9.

It’s the ugliest razr ever.

It really is (speaking from a RAZR 2019/2020 owner). The back works, too, considering how you're likely to be holding the phone. I'd like to see it on the side of the frame, like on the Moto Z3, TBH.

love the design, they really know how to design phones....