The long-rumored Motorola Razr may just be the foldable phone we all want simply because it's not a new concept at all. The Razr V3 wasn't just a phone, it was a landmark that defined the lifestyle of an entire generation of movies, TV shows, ads, and whatnot. But back in 2004, it was called a flip-phone. 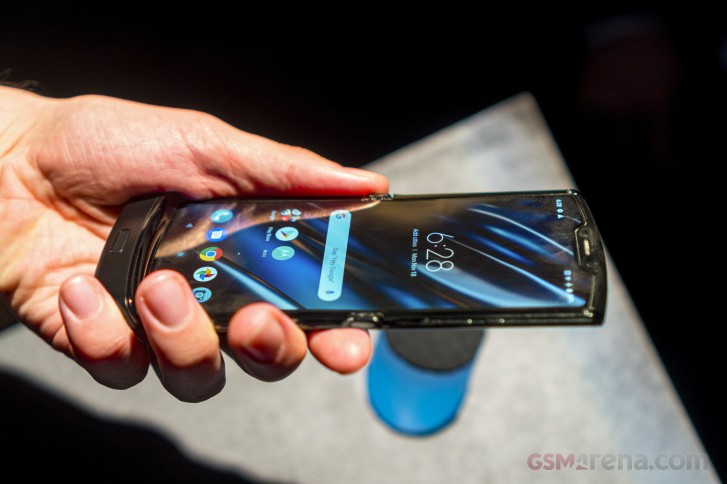 Fifteen years later and the true successor is here and it may as well define the next generation of smartphones, the one with the foldable screens at least. While the Mate X and Galaxy Fold folded a tablet into a phone, the Razr folds a regular phone into this small peculiar blast from the past. And it seems to have worked out great. 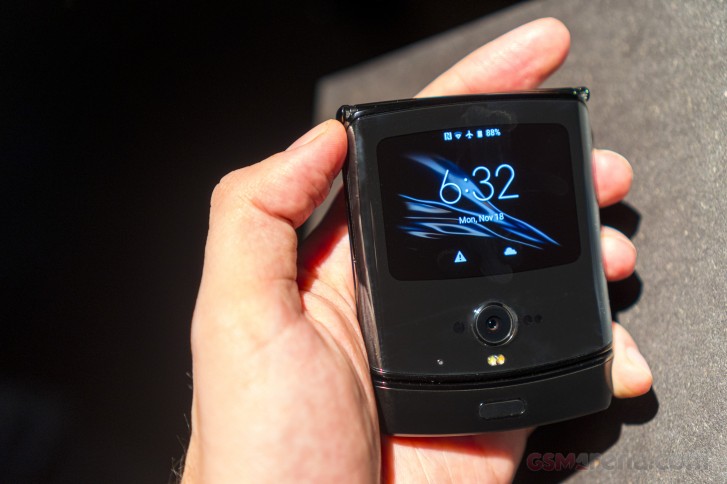 The concept was here all along and we are glad Motorola decided bring it back to life. The Motorola Razr is quite like the Razr V3 but with modern hardware and a foldable OLED inside.

The magic inside the new Razr happens on a 6.2" foldable P-OLED screen with 373ppi. It occupies most of the internal part of the Razr though there is a notch for the earpiece, and there is a bottom part that holds the antennas and the fingerprint sensor. 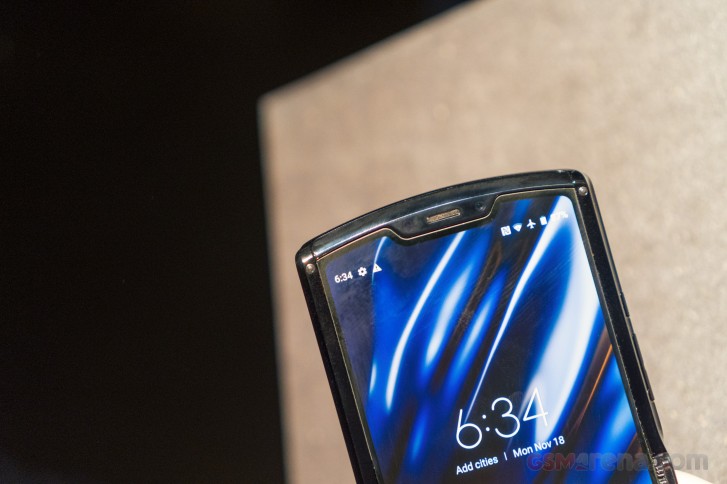 The Razr is powered by the Snapdragon 710 - surely not the flagship chipset you'd expect into a €1500 smartphone, but it should be more than enough for what the Razr was made, and yet gaming should not be of an issue.

There are some notable omissions on the Razr like a flagship chipset, a microSD, an audio jack, and most importantly - a SIM slot. Relying only on eSIM severely limits the Razr's potential reach but with that price and exclusivity, we guess it was meant to be a limited edition anyway.

We spent some time with the Razr today and our first impressions are in.

Bought a Razr, needed repairing 3 times. During ownership I have been without it, 94 days or 7 weeks! Don’t buy a Motorola!

Motorola must launch budget razar phone...we are still missing old razer...but new one is too expensive..

There is no issues to iron out! But you prob mean till the price comes down, I have RAZR and z flip and trust me all the negative reviews are having used RAZR for 6 months have no issues there is no negative it's far nicer to hold than z flip an...