Motorola reminds you the Razr screen is fragile, shows its cool features in new videos

Motorolas all-new Razr is already up for pre-order through Verizon with the official launch coming on February 6. The new Razr will be the first foldable clamshell smartphone on the market and has naturally gathered a lot of attention in the past months. Now, Motorola released a series of new ads that detail the phones features while also reminding you that foldable screen phones require more caution. 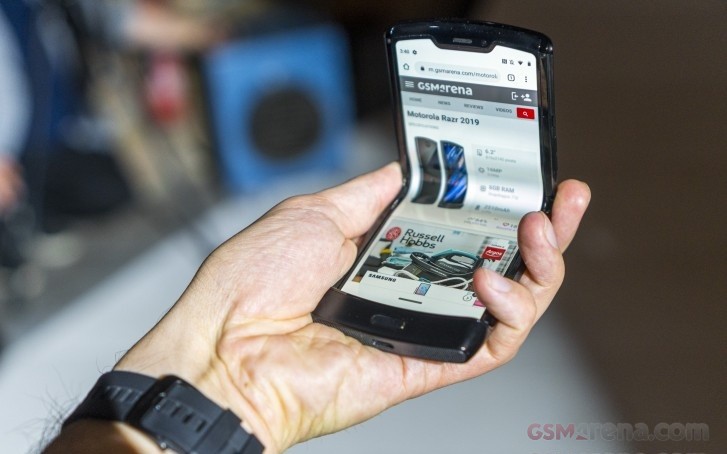 Starting off with the caring for Razr video, Motorola is stressing the importance of keeping the phones 6.2-inch foldable panel out of potential harms like sharp objects and liquids. The ad also reminds you that the Razr is water repellent and while bumps and lumps may appear on the screen they are okay as it's meant to bend.

Well just have to see how the screen and its plastic overlay hold up over time. While were on the topic of the display, Motorola explicitly reminds everyone that screen protectors are a no-go probably due to the adhesives on the protectors which could ruin the screen. Another self-evident bit of info provided by Motorola is to fold the phone in its closed position before putting it in your pocket or bag.

Moving on we have a short demo of the signature Moto experiences (aka Moto Actions) which include the well-known chop motion for toggling the flashlight, three-finger screenshot gesture and the twist to turn on the camera. The outside display also gets a sneak peek and respond by voice option which seems very convenient.

Theres also an ad that details the Razrs camera features which include a portrait mode with stage lighting effects, night vision for low light shots and the clever camera cartoons which are projected on the outside display to keep kids attention. Another interesting feature is the cinemagraph mode which allows for creative edits combining still photos with moving objects.

First impressions from real world users are out. It's bad. The camera ,the battery life and the creaky hinge.

meh, all companies will say the same as what you mention.

the Z Flip is rumoured to have a faster processor than the Razr, along with more RAM, more storage and a higher-resolution display too. Underpinning all this will be a larger battery, while the Z Flip may even run on a newer version of Android out o...