The second generation Motorola Moto X smartphone has started receiving the Android 6.0 update in certain regions. According to the information currently available, the update has started rolling out in India and Australia. 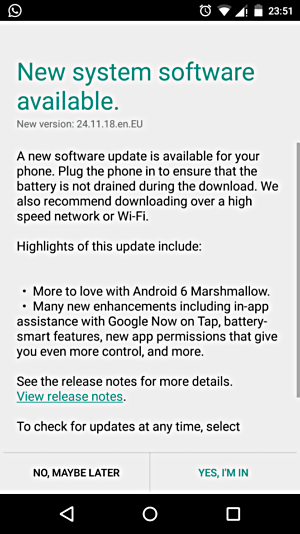 Weighing in at 884MB, the update bumps the software version to 24.11.18, and brings along all the usual Marshmallow goodies, including Doze, Google Now on Tap, and redesigned app permissions.

It's worth mentioning that the roll-out in Australia is a bit surprising given that Motorola had said that Marshmallow update for 2014 Moto X will only be rolled out in Latin America, Canada, Europe and Asia.

We received the information regarding the Australian roll-out through a tipster, who also shared a screenshot confirming that the device getting the update is a Telstra unit. 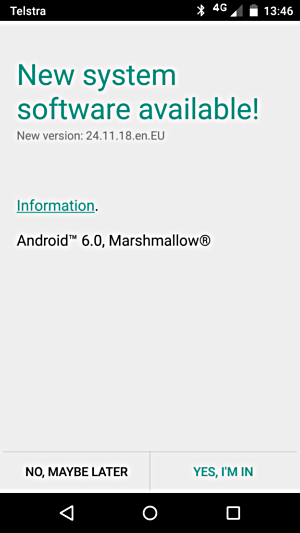 Either the handset in question is an import unit, or Motorola is considering Australia as part of Asia as far as market separation is concerned. We'll update you as soon as we hear an official word on this.

Thanks for the tip Scott!

Got the update earlier this week, bought my XT1092 in Finland. The battery seemed to drain really quick at first, but has improved greatly since then. I guess it takes some time to analyze usage patterns for app optimisation.