A new Motorola device has been spotted on GeekBench benchmarking website. Carrying a model number of XT1635-01, the device is powered by Snapdragon 625 chipset with octa-core 2.02GHz processor. 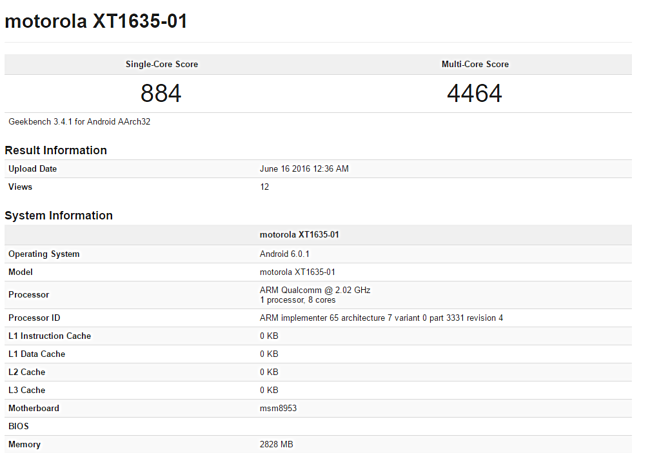 The listing also reveals a couple of other key specs, including 3GB of RAM and Android 6.0.1 Marshmallow. The phone is alleged to be the Moto Z Play, which was expected to be unveiled alongside the Moto Z and Moto Z Force last week, but was absent from the event.

Actually, the Motorola XT1635 SD625 processor model is pretty great, but I have a hard time using it.

Actually, the SD625-powered Motorola XT1635 is a good model but i cant seems to be able to use GBWhatsapp Pro Apk on it

Very nice cell! I hold one today in a market research. An very nice supreise is coming! Ill sure will buy one these!