Last week, a report surfaced that Motorola was going to announce a new ‘Moto G’ smartwatch powered by Google’s Wear OS along with a couple of renders of the smartwatch with a transparent backing. A Reddit thread points out that the text written around the backside of the watch body says “Snapdragon Wear 4100” to indicate that the watch will be powered by the latest wearable chipset by Qualcomm. 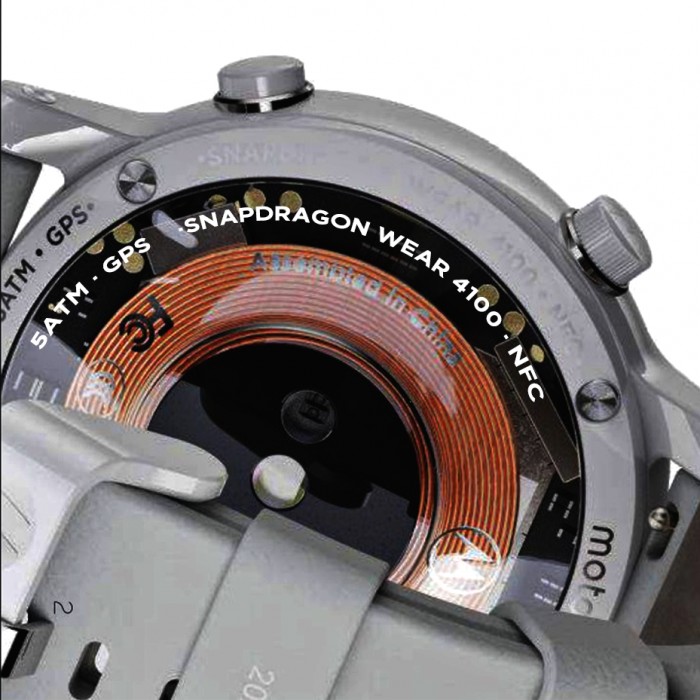 Despite this new discovery, we’re still not any closer to knowing exactly when Moto will launch this new smartwatch. The new Moto watch is expected to be a successor to the Moto 360 that launched back in 2019 (the one that wasn’t manufactured by Motorola, but by its partner eBuyNow).

The Snapdragon Wear 4100 platform is more power-efficient and much snapper than the Snapdragon 3100 Wear platform. We reviewed the TicWatch Pro 3 that’s powered by the same chipset and we can attest that the battery life and performance has vastly improved with this new platform.

I love 360 design, still the best till now

"They" need to do something about the mega-bezels on all these so called, smartwatches because it is a total waste of valuable screen real estate to waste it to enormous bezels! 4100 is good BUT Google have "little to no" intere...