‘Move to iOS’ app by Apple arrives in Google Play

Apple released an Android app to help users switch to one of its iOS offerings. Conveniently dubbed “Move to iOS,” the solution is available to download and install for free in Google Play. 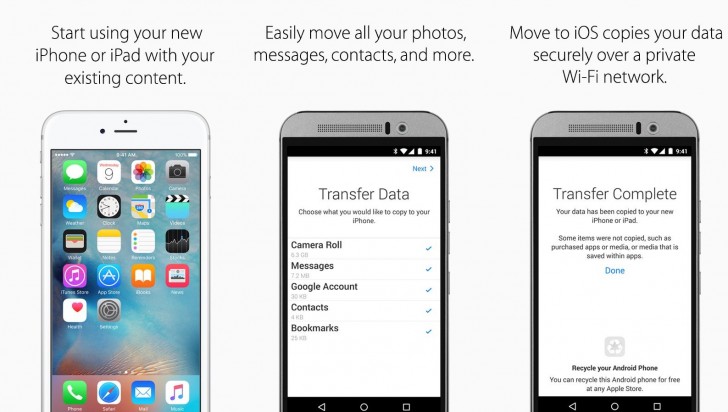 Syncing of devices takes place over a private Wi-Fi network created by the iOS device. “Move to iOS” will boot on all Apple devices running Android 4.0 and up.

I won't worry about it. This app have the highest 1 star rating in the history of Play Store.

What's the meaning of this app? Why would any rational being switch from say Jelly bean to ios? They would offer it to gingerbread & ICS users!