Mozilla has joined Google and Microsoft in the crusade against Adobe Flash content on the web. While revolutionary and useful back in the day Flash plugin has also been notoriously unstable leading to browser crashes, poor performance, and increased power consumption. As such, first Chrome, then Edge, and now Firefox will be blocking Flash content going forward. 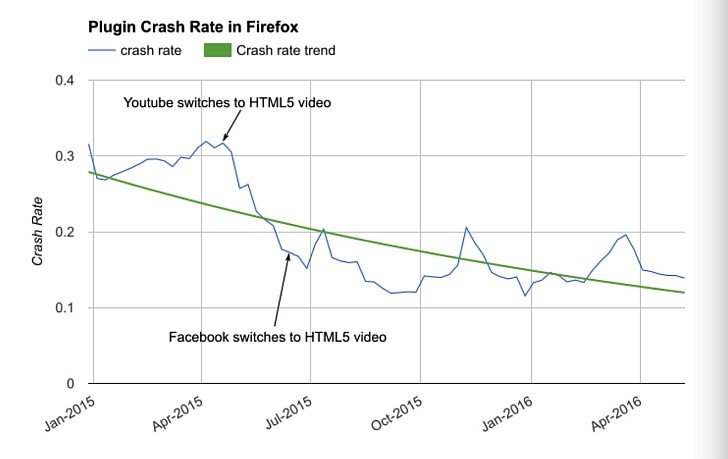 With Firefox, Mozilla has revealed that it will be blocking specific Flash content on their list. This list will later be expanded later this year to include the use of Flash to check content viewability, commonly used to measure advertising. In 2017, all Flash content will have to be clicked on to be viewed.

As some of you may already be aware, the web has been adopting HTML5 over the past few years, which means most of the things that were possible with Flash plugins are now possible natively within the browser using the HTML equivalent with work a lot better. With browsers forcing the hand of HTML adoption, the web should be a whole lot better in the next couple of years.

Thanks! Will give it a try.

Nope!, 'Pepperflashplugin-nonfree', search for it is your distributions repository.

Dunno about Chrome, but even my 2008 machine has been happily playing 720p HTML5 videos for as long as Firefox added support... (not VP8 though, my GPU doesn't have hardware decode for that) Plus, the world has moved far ahead than my 2008 machine,...