Yesterday, the Motorola family grew by a couple of mid-rangers - the Moto G5 and Moto G5 Plus. Those two run pure Android (with the Pixel launcher, in fact) and the Plus model at least promises stellar photography.

We thought that the Xperia XA1 will rule mid-range photography and that the Nokias will be the only pure-Android game in this class. 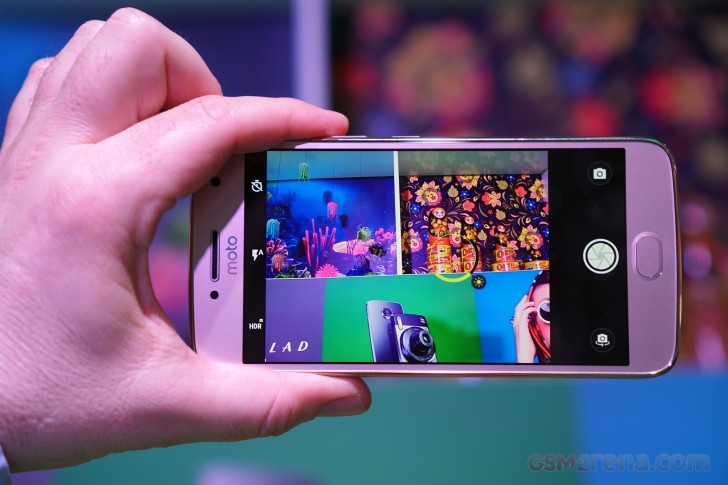 Motorola challenged both companies with the Moto G5 Plus. It boasts an amazing camera - 12MP with Dual Pixel AF and one of the brightest apertures ever, f/1.7. Add 2160p video capture, and you get the basic specs of the Galaxy S7 camera without the S7 cost. There's an asterisk we need to address about the video, though.

Anyway, Moto loaded the phone with the same launcher as used by the Google Pixels and ran it on a Snapdragon 625 chipset. That already gives it a leg up on the Nokia 5. The advantages continue - the 5.2" screen has the full 1080p resolution, not 720p like the Nokia or Xperia XA1. Talk about stealing the show.

Motorola Moto G5 Plus at a glance:

The smaller Moto G5 continues this value trend, perhaps even taking it further in some respects. The user-replaceable battery is finally back. Plus, there is now a fingerprint reader even in this lower tier. The styling has also been improved quite a bit over the Moto G4 Plus. However, the same is not necessarily true for the new metal body and its shaping - a first in terms of materials for the "G" family.

Motorola Moto G5 at a glance:

Join us on the following pages as we explore what new devices are like.

I want moto back cover of my phone motoG5

It is There but it's just not activated! check youtube for more information