Huawei introduced its nova 4 series back in December 2018 as the first lineup with punch hole design of the front panel to make room for the selfie camera. Later, more and more devices with the solution popped up, including the nova 5i smartphones.

However, this is the first time we see a device with a cutout for the front camera and only two snappers on the back. It is codenamed ART-TL00x and was just certified in China. 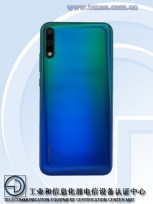 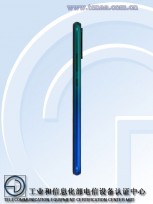 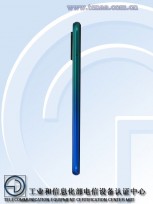 With the lack of a fingerprint scanner and the relatively low number of cameras, it is safe to assume the ART-TL00x could arrive as the most affordable nova 5 handset. Chances the phone coming with an OLED panel are slim since Huawei is yet to introduce this type of pierced screen.

Specs-wise, the display is 6.39” in diagonal with a basic 720p resolution. The Honor Play 3 had a similar design, but this one only has two cameras on the back - a 48 MP main and 8 MP secondary. The selfie shooter is also listed as 8 MP.

This looks like a lower mid-range phone, but it does have a fancy paint job - a green-blue gradient, with the sides also changing color. TENAA says there is a 3,900 mAh power cell on the inside, but since the chipset is an octa-core Kirin 710F, there is not going to be any fast charging.

And it comes with a chin ;p as always.