We have yet another case of Android smartphone goodness, which is bound only for the Japanese market, folks. Meet the NEC MEDIAS ES N-05D - an ultra thin, waterproof Android handset, headed for NTT Docomo. 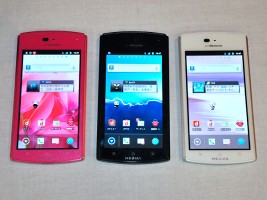 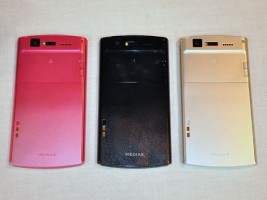 The Android 2.3.6 Gingebread device features a Snapdragon S3 chipset with two Scorpion cores, clocked at 1.5GHz. A gig of RAM and 4GB of built-in memory are on board, along with a microSD card slot. A 4.3" LCD display with HD (1280 x 720 pixels) resolution and an 8.1MP CMOS camera are also part of the impressive specs. A 1400 mAh battery powers the device.

In case the features of the device are not enough to get you drooling, its measures might just do that. The smartphone is only 6.7mm thin and weighs 110 grams.

The NEC MEDIAS ES N-05D will be available for Japan's NTT Docomo in February/March. Global availability has been given the cold shoulder for the time being. Pity.