Well, this is a first – NEC just unveiled a phone, the NEC Medias X 06E, which features a water-cooled Snapdragon S4 Pro chipset. Yes, you read that right. It's a head pipe system rather than one with an active water pump, but still it promises to keep those four 1.7GHz Krait cores and the Adreno 320 GPU running cool with ease. 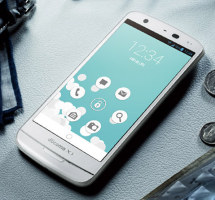 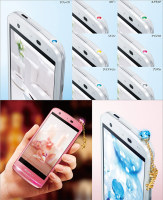 If you're thinking this is some sort of niche phone for tech geeks you'd be wrong – the Medias X 06E is actually geared towards women. Its 3.5mm audio jack has an RGB notification LED and you can plug in a sort of jewel accessory to make it look cool (something like HTC Rhyme's cube charm).

That aside, the specs are actually pretty nice – a 4.7" OLED screen with 720p resolution, Android 4.2 Jelly Bean, 13.1MP Exmor RS camera, and an IP58 certification, which allows the NEC Medias X 06E to dive deeper than 1m of water (IP57 phones can only go 1m deep).

The Medias X 06E will launch on NTT DoCoMo this June.

That's what happens when the market researchers go back to the developers with the information that what consumers want most of all is a cool handset :-)

And why many people want iPhone and Galaxy series?