It's not the first time we're witnessing an Android 5.0 Lollipop ROM for the Samsung Galaxy Note 3 but this time the firmware looks to be better suited as a daily driver.

The ROM amounts to 1.1GB (usual for a Note 3 ROM) and requires a few prerequisites before you can load it to you device. You'll need to use the Odin app (for either the 16GB or 32GB model) on a PC and know how to flash using it. 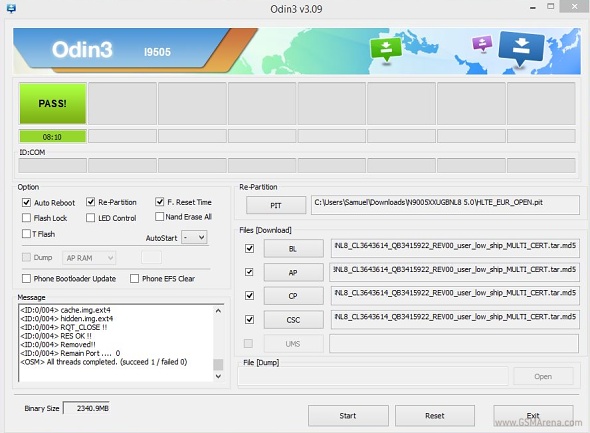 Making a backup of your device is also recommended so that if something goes wrong you'll have your old ROM to fall back to.

The new ROM brings a redesigned TouchWiz experience with the Android Lollipop carousel app switcher. The runtime has also been swtiched over to ART (Android Runtime) which is significantly faster at starting up apps but requires a lot more time to setup all the apps on your device during the first boot. ART means that the Samsung Galaxy Note 3 won't be compatible with the XPOSED framework - keep that in mind if you're using it on your Note 3.

Head on over to the source link if you know what you're doing and want to check out the firmware and a flashing guide. And if you don't feel confident enough you can just wait for Samsung to release the firmware via an over the air update eventually.

Please how did you go about the ROM Flashing? I have AT&T Note 3 N900A unlocked. But I can not update it via OTA or Kies. Please any assistance will really be appreciated. Thanks.

I have an unlocked AT&T Samsung Galaxy Note 3 N900A (N900AUCUCNC2) which I use on a network in Nigeria. But the issue is that it cannot update via Software Update under "About Device". And via kies gives initialization error. Can I flas...

if i upgrade my note 3 n9005 to this leaked 5.0 will i get the notification of OTA when the official 5.0 releases.