The Apple iPhone 6 leak marathon continues and as the finish line approaches, everyone involved is picking up the pace. Today we get yet another batch of live photos showing the upcoming Apple smartphone in its white version. 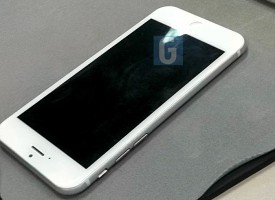 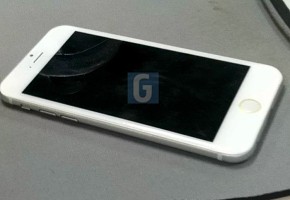 The images align nicely with previous leak, showing the new design language that the iPhone 6 will bring. The smartphone will come with a 4.7" screen and rounded side panels, as opposed to the iPhone 5 and 5s, which employed flat sides.

The new photos, while giving a very clear idea of what the new Apple flagship will look like from the front, come with very little accompanying information, so we don't get to learn too much about its specs.

Still, at the rate these leaks are coming (it's the second one today) we'll likely know all there is to know about the smartphone way before its official announcement in September. What happened to that super tight grip that Apple had over its prototypes?

:DDD Wtf? looks like a 20 euro crap phone. But will definitely cost 1200 euro because there is a apple logo on it.

this phone has so smart phone , i rely like the phone , verry very good this mobile , i givn thist phone 6 star out off 5