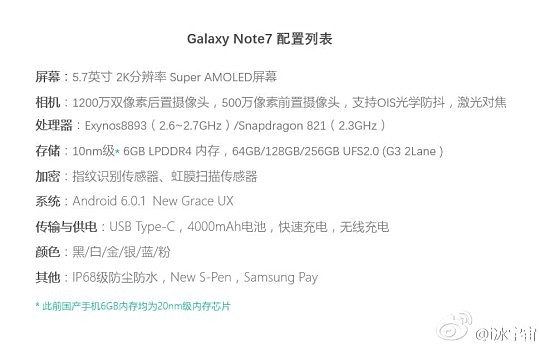 The device will come with Android 6.0.1 Marshmallow out-of-the-box, and will feature a USB Type-C port, making it the first Samsung phone to have one.

card is always nice solution, but I agree.. even 32gb is enough for the phone. I personally have S6 edge 64gb... and I haven't even reached 32gb (over 16month)... which means that probably even 32gb phone would have been enough.. though risk at curre...

that is what i have been saying about ppl crying about sd cards, on even 32gb phones. no matter what excuse they try, i come with a simple solution :P

copy in terms of looks and non removable battery.......sony does it HTC does it some of the blu phones does it but at least u still get radio and sd card slot......the only real gripe is the battery no matter the so called advantages......i like to s...