With August almost here, the Galaxy Note 5 seems to be getting more and more attention with every passing day. The device will allegedly debut next month and excitement is at an all-time high. Thanks to various rumors and also a recent set of detailed renders that we managed to get the inside track on, we already have a pretty good idea of the upcoming phone's design.

However, we are yet to see the device in the flesh and the closest we have gotten so far is a set of color renders for Note 5 cases, already up for preorder. 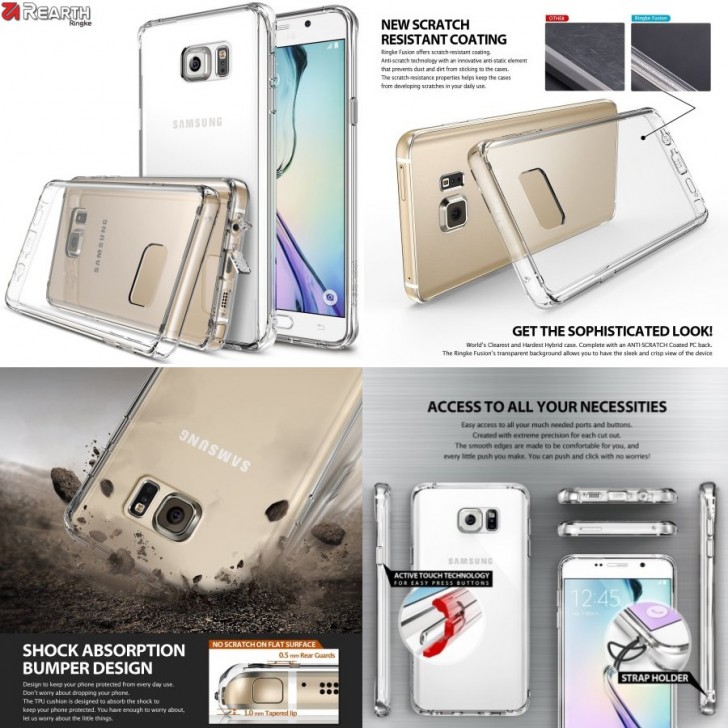 Today, yet another batch of cases has been made available by the same retailer along with a new render, which once again proves that the Galaxy Note 5 will indeed have a curved back. This is now clearly visible, as some of the said cases are transparent.

Upon closer inspection, we can see just how much the Galaxy S6 edge has influenced the new Note design. As for the cases themselves, there are from the Rearth Ringke Fusion and Rearth Ringke Slim series and already up for preorder.

In another related leak, a Samsung device with a model number SM-N920F - attributed to the Galaxy Note 5, is on its way to India for testing. The information comes from import tracking website Zauba.

According to the entry, the unit was shipped on July 16 from South Korea and has a declared value of about $572. The number is, of course, in no way indicative of a retail price. The fact that the phone is already on its way for R&D in India, on the other hand, does instill hope that an August 13 launch, as we heard earlier, is indeed possible. 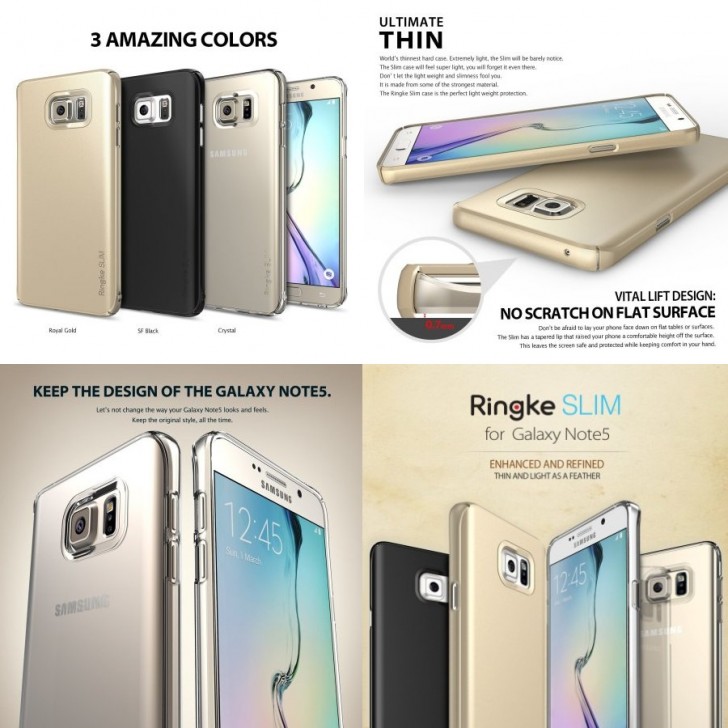 As far as we currently know, the Galaxy Note 5 will be equipped with a 5.7-inch QHD Super AMOLED display and run on the in-house Exynos 7422 SoC, a reworked version of the already familiar 7420 inside the Galaxy S6. The camera setup should consist of a 16MP primary camera with OIS and a 5MP front-facing one. Memory is set at 4GB for RAM and 32GB of onboard storage. Battery capacity should be 4,100 mAh and the exact measurements are 153.3mm x 76.1mm x 7.9mm.

what happened to both sides being curved?

gsm arena is the best.... this phone looks like the bees knees. i think it will be a great chocie for people who want to replace their laptop. top product from samsung. not a lot of people will buy this as it is a big bulky and for the average human ...