Huawei has started pushing out a new update to its Honor 8 smartphone in the US. The update carries the build designation FRD-L14C567B385 and weighs in at 815MB. As per the change-log, it optimizes system performance and stability. 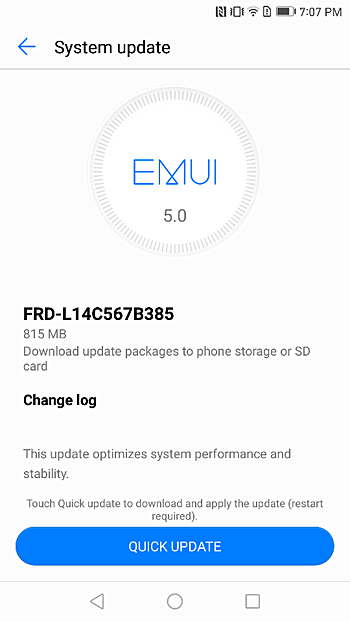 However, user reports suggest the update also brings Android security fixes for April as well as fixes a few bugs, including the microphone is already in use message while using Google Assistant or Camera Voice Recorder.

My honor 5x and some other hauwei phones suffer this problem aswell. The quick way most people had to deal with this is to go into setting and restrict google from accessing the microphone. But this can be bothersome for google assistant so I hope ha...

This bug also exists in the P8. Had to turn off "Ok Google" detection as a workaround.