Huawei has started pushing out a new update to its Mate 9 smartphone. Arriving as build number MHA-L29C185B172 and weighing in at 511MB, the update brings along performance and stability-related optimizations. 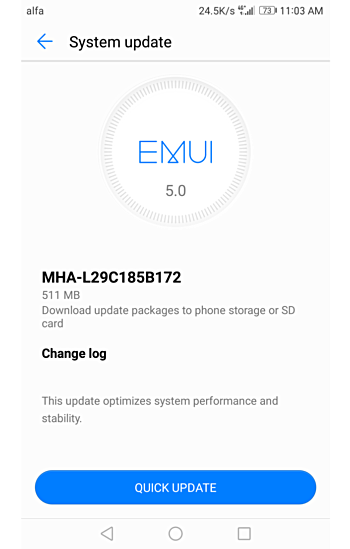 The update is also said to improve touchscreen response as well as battery life. In case you missed, a Mate 9 update was pushed out earlier this month as well - it brought along several changes, including fix for an issue related to Google Voice.

When will be get South Africa?? I still wait for update android 8.0

We Nordic-people haven't gotten the update yet. :(

No update for the Mate 9 on Honduras yet. Has anyone really got it?