Huawei will introduce the Mate X2 on February 22. A rumor suggested the company is moving away from the outward fold and the new device will have an inward fold, and now a leaked teaser once again confirms it - Huawei will indeed adopt the design that Samsung Galaxy Fold initially brought to the world. 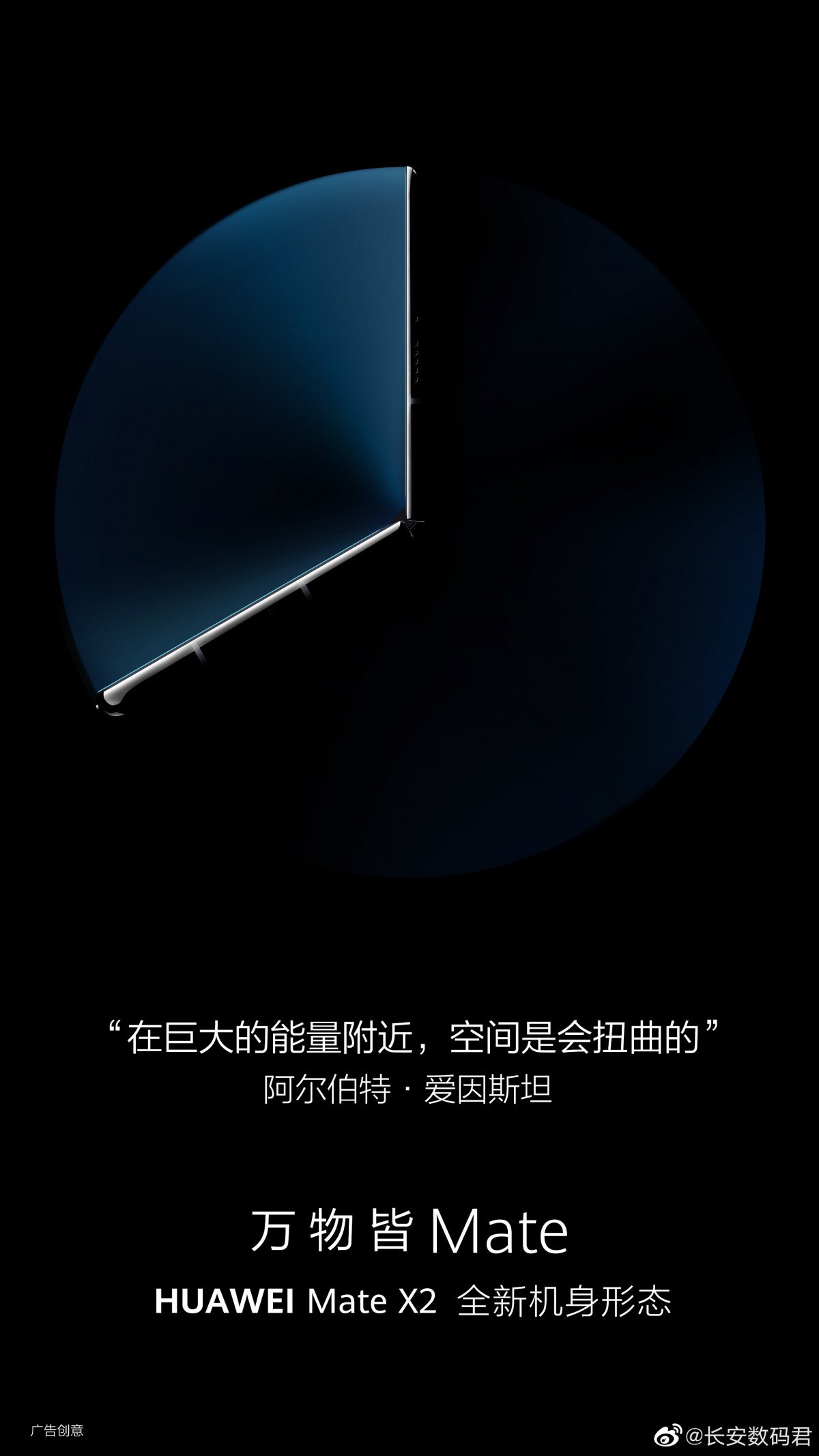 The poster is accompanied by a famous Albert Einstein quote “Knowledge is limited, imagination embraces the entire world”. There are also the words “Huawei Mate X2 in a new body” on the bottom, obviously pointing to the fact we’ll see the new form factor.

The launch is set to take place in China and we can only hope for a global launch to follow soon.

It will be great if it gets in the future full android support....

Looks like one half is thicker than the other.