The Apple iPhone 6 rumors are starting to pour in frantically as the launch event nears. The latest one clings to the September 9 announcement date instead of the September 19 one and complements the statement with a list of the specs and a ton of pictures of the phone itself and the retail box.

By now we're tired of repeating this but here goes - take these with a grain of salt as they could be just a clever hoax or a dummy unit or just a pre-production hardware that has differences from the final units. 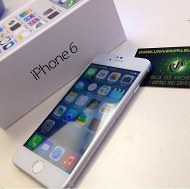 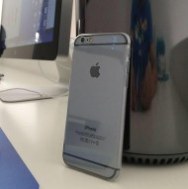 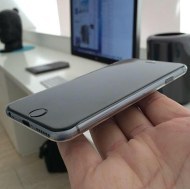 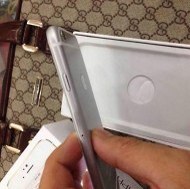 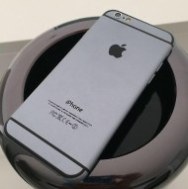 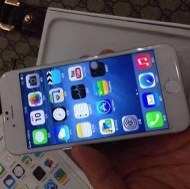 There are enough clues in the images above to suggest this as just another fake device or phone with Android software made out to mimic Apple's iOS. For starters the Calendar icon looks fake. Second the hardware looks awfully unpolished with a plastic-looking front panel and a protruding camera lens on the back and the single LED flash.

The source of the images has put forth some specs along with the hardware images. As we went through them we saw nothing new - a 4.7" display of 960 x 1704 resolution, 2GB of RAM and dual-core 2GHz processor inside a 64-bit Apple A8 chip, 8MP camera with 1080p@60fps video recording, the lot.

The torrent of images and rumors isn't slowing down, so it's up to you to choose what to believe until Apple introduces the real thing on stage. Yesterday we reported about a genuine-looking manual as well.

The phone looks to smooth....it will fall out of your hand easily lol...they really need to pick up the extras to there phones...apple is falling slowly with all this pressure from other companies.

This is copy of HTC One M8