It definitely seems like not a day can go by without some new leaks about the upcoming Galaxy S7 and S7 edge, which Samsung is going to make official this Sunday, on February 21. And today isn't an exception. First off, we can now show you the Galaxy S7 in silver - this was a color that hasn't previously been leaked in a press render. If you click on the thumbnail below, you'll be taken to the full resolution shot. And to the right of the vanilla S7 we can see yet another live image portraying the black Galaxy S7 edge, with its curved screen front and center.

But that's not all. Another newly leaked picture puts an end to any questions regarding the presence or absence of a USB Type-C port in Samsung's new handsets. 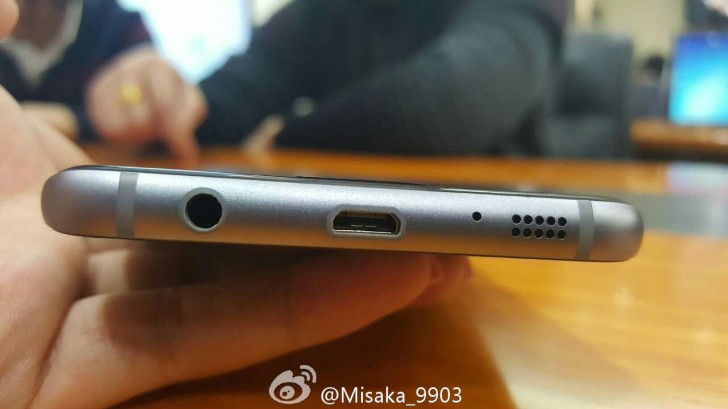 This is a shot of the bottom side of the Galaxy S7 edge, and that's clearly a standard microUSB port, and not the newer USB Type-C variation. So Samsung has chosen to stay with the tried and tested and postpone the introduction of Type-C into its smartphone portfolio. Perhaps the Note 6 will get the new port, but that remains to be seen. This will be good news for people who have a lot of microUSB cables around and wouldn't have wanted to switch to the newer standard anyway.

Appreciate your effort on giving me a link. Though, you can't deny the fact that not every country has USB Type C accessories, or even know what USB Type C is. What I meant with 'standard' is it isn't standard in MANY countries yet, just like in my c...

My dear, you've seen many ghosts cam in your life.