New leaked renders show the Huawei Mate 8 from all angles

Although Huawei has unveiled a new Mate device not long ago, the Mate S is interestingly not the Chinese company's flagship for the end of the year. That honor is going to the upcoming Mate 8, the true successor for last year's Ascend Mate7.

Previous mumblings have revealed that the Mate 8 will be made official on November 26, which is just two days from now. So, perhaps understandably, a full set of leaked renders of the device has showed up in China today. You can see the images below (click on the thumbnails for bigger versions). 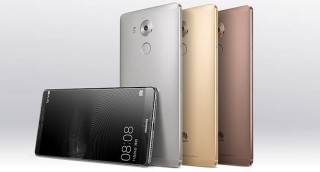 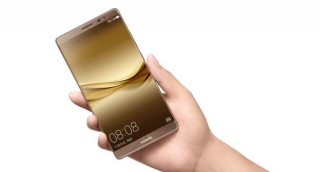 Given Huawei's love of metal, it's really no surprise to see that the Mate 8 employs that material as well. It looks like there will be three color versions of the handset, grey, gold, and copper.

The renders confirm the positioning of the fingerprint sensor underneath the camera, as well as that metal ring around the snapper, and the two speaker grilles surrounding the USB port on the bottom of the phone. 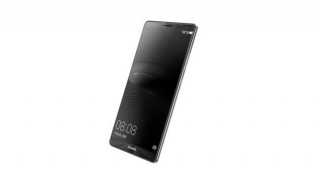 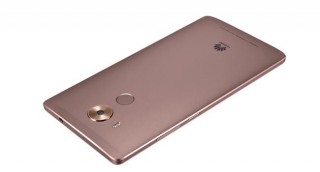 The screen seems to employ some type of 2.5D glass on top of it, and it's almost bezelless. That this would be true for its sides isn't that much of a surprise, but the Mate 8 will have very small top and bottom bezels as well, which means it could rank ahead of its competitors when it comes to the display-to-body ratio.

The smartphone has been rumored to feature Huawei's new Kirin 950 chipset, which has a CPU that employs four high-performance Cortex-A72 cores and four low-power Cortex-A53 ones. The Mate 8 could also have a 6-inch 1080p touchscreen, a 16 or 20 MP rear camera with dual-LED flash, an 8 MP selfie shooter, 3 or 4GB of RAM and 32 or 64GB of storage (depending on version). The battery capacity might be 4,100 mAh, and the phone will run Android 6.0 Marshmallow with Huawei's own Emotion UI on top.

The spec is nice and cheaper, but I really don't consider the updates are well. The design very unique due to the back fingerprint reader and the new color not my desire, it should have the metal textures to gain up it style.

Will this be launched in India as well?

The Snapdragon 820 isn't supposed to be a beast in benchmarks, they went back to quad core because it's more practical.