LG is announcing its competitor for Samsung's Galaxy Note7 at an event in San Francisco on September 6. As we get closer to that date, the Korean company keeps teasing the V20 - most recently a few hours ago, when it once again emphasized the phone's audio capabilities.

If the teaser campaign doesn't interest you, then how about some leaked renders of the LG V20? We've seen some before, and now we have some more courtesy of case maker "Ballistic". Click on the thumbnails below for the full-res pictures. 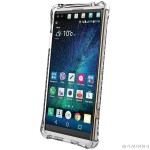 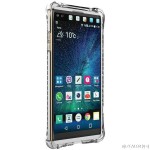 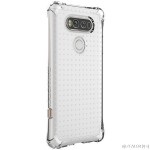 The handset is inside a case in all images, but thankfully said case is transparent so we get a very good look at the V20 from a lot of angles. The design shown in these shots is pretty much identical to what we've seen in the first batch of leaked renders earlier this month. And since we're so close to the V20's introduction, we assume these are probably indicative of what the finished product will actually look like in real life.

The V20 will be the first smartphone to run Android 7.0 Nougat out of the box. It's expected to go on pre-order on September 14 and become available on September 23 - at least in the US. It will probably sport a 5.7-inch QHD touchscreen, the Qualcomm Snapdragon 820 chipset at the helm, and 4GB of RAM. As you can see from the pictures, on the back it has a dual camera arrangement with laser autofocus and dual-LED flash, as well as a fingerprint sensor. On the front, above the main screen we have a small secondary display reminiscent of the one in the V10, to the left of which is either a dual selfie camera or one unit and a LED flash.

Bet only european V20 will have the option to have the bootloader unlocked. Stupid thing that only LG does.

Who's "we", y'all even sound like a cult lol