The Nyphon to be the first Xperia phone by Sony, live pics leak

With the mystery surrounding the Sony Ericsson Xperia Nozomi now almost completely gone, the rumor mill is focusing on the next smartphones by the company. And the one, which just appeared on some leaked shots should be some way off in the future as it's only carrying the Sony branding.

Sony Ericsson is to become just Sony in mid-2012 so we probably won't see the smartphone pictured below until then. And if its rumored specs sheet turns out correct, we are not sure the waiting will be worth it.

Rumor has it that the Sony LT22, now codenamed Nyphon (naturally, that last bit is just a codename), will come with the upcoming 1GHz dual-core U8500 chipset, built by ST-Ericsson and a 4" qHD display. There will be an 8 megapixel Exmor R camera, featuring a backlit sensor inside, along with 1GB of RAM and 16GB of storage. 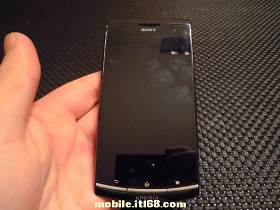 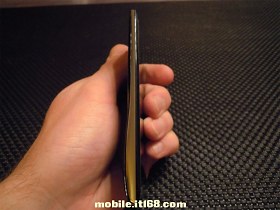 The Sony Nyphon will be running Android Gingerbread at launch, but will be upgraded to Android 4.0 Ice Cream Sandwich eventually. And if you are thinking "How is this better than the Sony Ericsson Nozomi?" you are not alone, but not all smartphones are born to be flagships and maybe this one is going to rely on an attractive price tag to find its place in the market.

There are phones which cost around $10. you can buy them for communication.......

Enough of the same old design From ViVaz. Sony please get a new design

Wasn't it said that the L22 was a concept phone? (i.e. would not be produced for consumers)