We are now just one week away from the big unveiling of the OnePlus 5. A lot of details about the phone have already been outed, either through leaks or the Chinese company's own teasers. Today though we get the biggest leak so far. It pairs a new image, which looks like an official press render, with a pretty complete list of specs and the price of the handset.

So let's get started. While this picture isn't the clearest what with all the shadows, it does confirm an earlier leak that showed only the top half of the phone, as well as a OnePlus teaser image which had it lying down on its front. The iPhone 7 Plus inspiration is still there for the back, when it comes to the dual rear camera's placement. 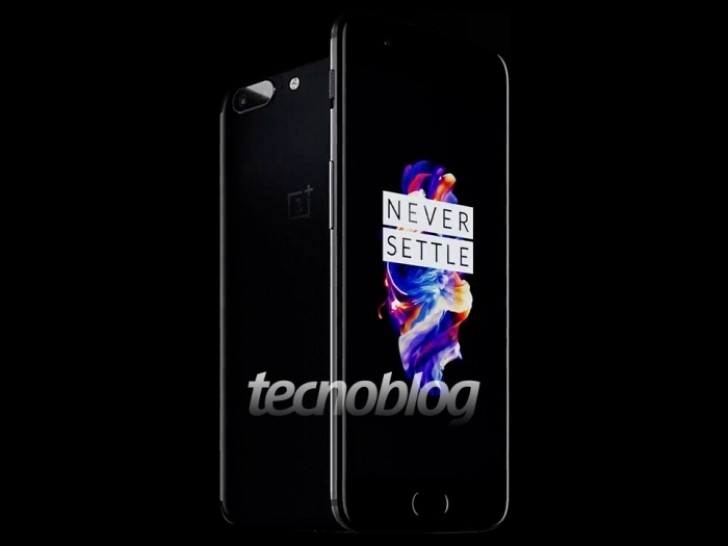 Speaking of which, the leak claims the OnePlus 5 has a 16 MP + 20 MP setup, with f/1.7 and f/2.6 aperture, respectively. The device is said to sport a 5.5-inch 1080p touchscreen with support for the DCI-P3 color space. A ceramic-coated fingerprint scanner will be below that display on the front, and it's apparently capable of unlocking in just 0.2 seconds.

The already confirmed Snapdragon 835 chipset will be joined by 6 or 8GB of RAM (depending on which version you buy), and 64 or 128GB of UFS 2.1 storage. Everything will be kept running by a 3,300 mAh battery with Dash Charge - going from 0 to 92% in one hour. Bluetooth 5.0 will also be on board the OnePlus 5, following in the footsteps of the Samsung Galaxy S8 and S8+ in this regard.

These details obviously haven't been officially confirmed yet, so no matter how believable they may sound, don't take them for granted.

I liked your point. But I still cannot see the difference between my OnePlus 3T and LG G3.

Waiting For The Day When OnePlus Will Charge Hefty Prices Like They're The Top Dogs In Mobile Market. One Plus Will Go Down With The Likes Of Oppo & Huawei, Overpriced Even With SubPar Quality. Xiaomi Phones Will Remain As The More Value For Mo...