Earlier this month we saw the first renders of the upcoming OnePlus 9 Pro. They show that the company has chosen a camera hump design similar to the 8T and Nord N-series rather than a continuation of the 7 Pro and 8 Pro design. 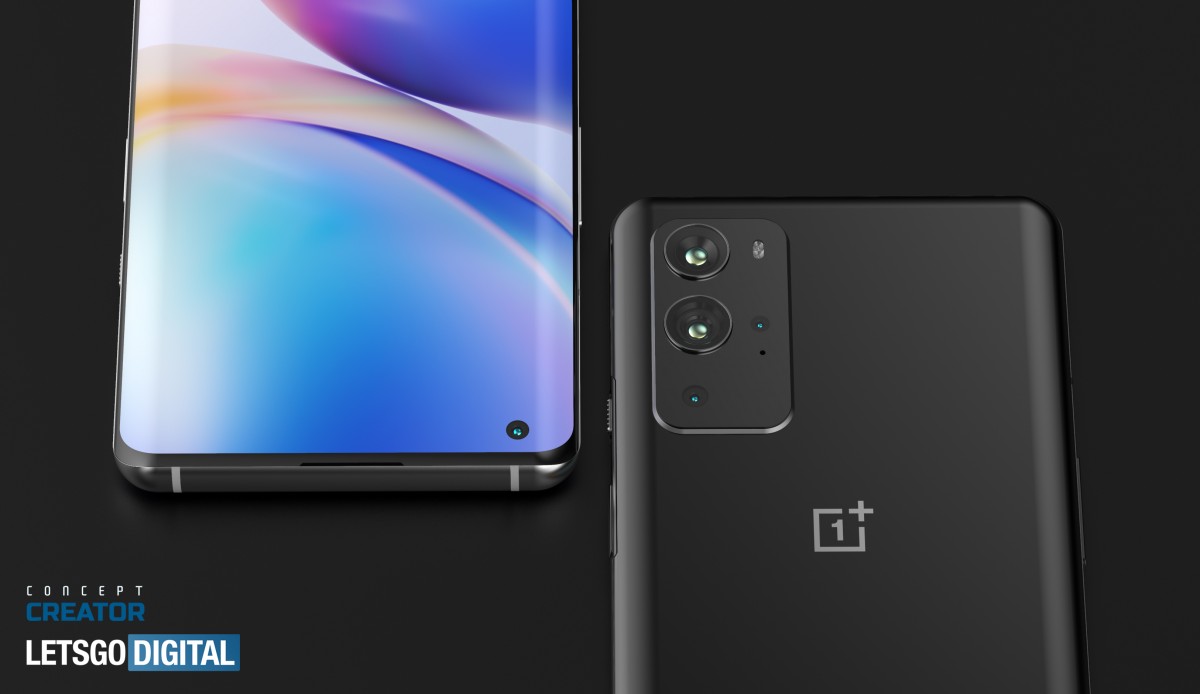 There are two prominent camera modules plus two smaller lenses. A wide, ultra wide and tele cameras are a given, but the function of the fourth cam is unknown – we doubt the controversial IR camera will make a return. But no periscope camera either, by the looks of it.

Anyway, LetsGoDigital and Concept Creator worked together to create new, more life-like renders of the device for everyone to enjoy.

Notice the curved sides of the screen – the curvature looks more pronounced than the one on the OnePlus 8 Pro, here’s a 3D model for comparison:

The screen itself will stick to a 6.7” diagonal, which is the norm for recent Pro models. We’ve heard rumors that the refresh rate will be nudged up to 144 Hz and that the Pro will feature beefed up stereo speakers with Dolby Atmos support. By the way, renders of the non-Pro model show that it will have a flat screen.

Speaking of OnePlus 9 renders, Waqar Khan sent over the following images, showing the vanilla model in several different colors. It has a triple camera, but other than that the design is fairly uniform between the two 9-series phones.

The OnePlus 9 and 9 Pro are expected earlier than usual with mid-March launch. This could be a response to the earlier Galaxy S21 launch or just intended to give the 9-series more time before the inevitable 9T refresh shows up later in the year.

The OnePlus 9 and 9 Pro will be powered by the new Snapdragon 875 chipset, which will be made official later this week. We’ve already seen both phones running Geekbench with 8 GB of RAM, so a memory upgrade is not in the cards. The charging system will move up to 65W, however, following Warp Charge 65’s debut with the 8T.

The duo will launch in the US, with T-Mobile getting both models while Verizon will once again opt for a mmWave version of the non-Pro model alone.

But all of that is a few months away. For now, enjoy this short video of a virtual OnePlus 9 Pro:

Khan made a similar video for the OnePlus 9:

does oneplus 9 pro having wifi 6e

No headphone Jack. Too big and bulky too. And people are calling it nice :) What a joke? Only those people can actually buy this junk.

it looks much nicer than S21/+/Ultra.