Oppo introduced its Reno3 lineup back in December 2019 in China, with the Pro version sporting a 5G chipset. Today, the company announced the international non-5G Oppo Reno3 Pro, which comes with two selfie cameras nested inside a flat OLED panel. 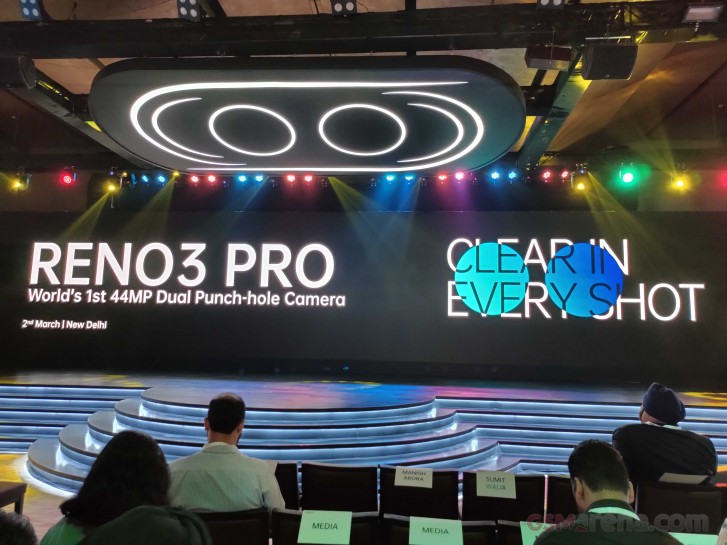 The Reno3 Pro is the first smartphone with the recently announced Mediatek Helio P95 chipset. It has octa-core CPU with two Cortex-A75 cores running at up to 2.2GHz and 8GB RAM. Storage is either 128GB or 256GB and you get a microSD card slot for further expansion.

The phone is built around a 6.5” Super AMOLED panel with a 20:9 ratio, Full HD+ resolution and an under-display fingerprint scanner.

The design of the back is similar to the Reno3 Pro 5G, but in this 4G device, the main shooter is 64MP. The rest is the same - 13MP telephoto shooter with 2x optical zoom, 8MP ultrawide snapper, and a 2MP monochrome depth-sensing camera. 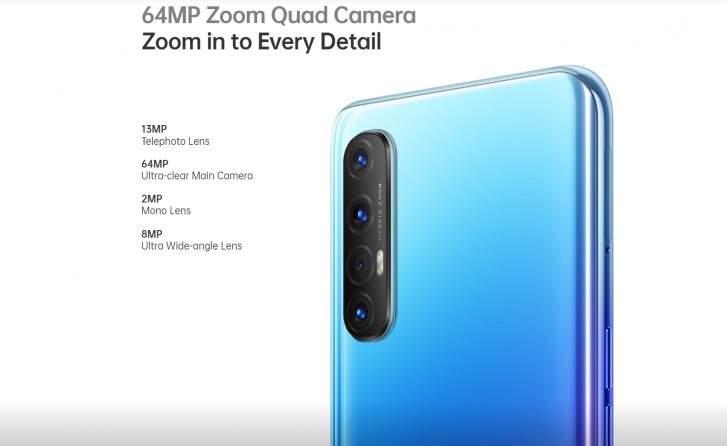 The selfie cameras sit inside a punch-hole and the main unit is the highest resolution dedicated front camera to date - it has a 44 MP 1/2.8” sensor behind an F/2.4 lens. There is a secondary module is a 2MP depth sensor.

Oppo’s devices are known with their fast charging and the company brought its latest technology to the Reno3 Pro as well. The 4,025 mAh power cell supports VOOC Flash Charge 4.0 that allows up to 30W charging, and the appropriate power block comes in the retail box. The Reno3 Pro ships with Android 10 and ColorOS 7 on top. 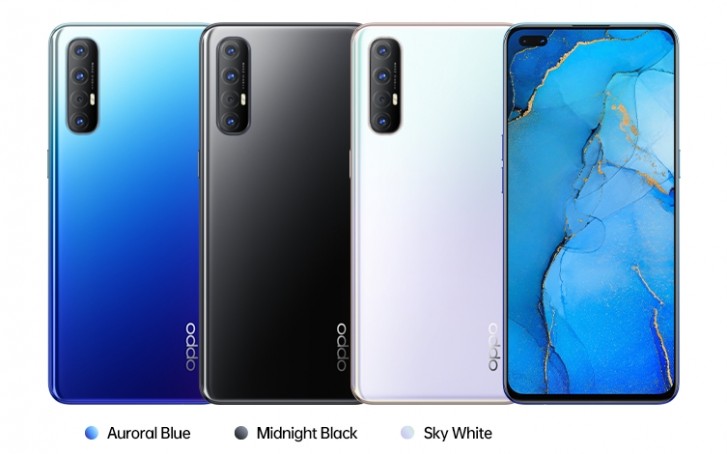 No point in debating whether OEM optimize Mediatek phone or not. I can't find anything for or against it.Though, Mediatek chipset is used by many including Realme, Oppo, Vivo, Xiaomi, Motorola, HTC, Sony and LG and it's a little hard to believe that ...

I doubt software were improved for Mediatek's ISP... Oppo always used Mediatek on non-Pro/lower-end...they spend less money on developement. Even on Reno 3 5G...the Pro version use SD765... Dimensity 1000L is already more powerfull, they can...

Oppo is using Mediatek SOC for years and have many phones with Mediatek processor. They already have Dimensity 1000L phone in the market. So Oppo's processing algorithm should be good enough to utilize the Mediatek chip close to it's full potential....