Even though Android Oreo 8.0 arrived in early February for the Honor 8 Pro and Honor 9, the much-anticipated Face Unlock feature wasn't included in the update for the former. However, owners now report that an OTA update fixes that. 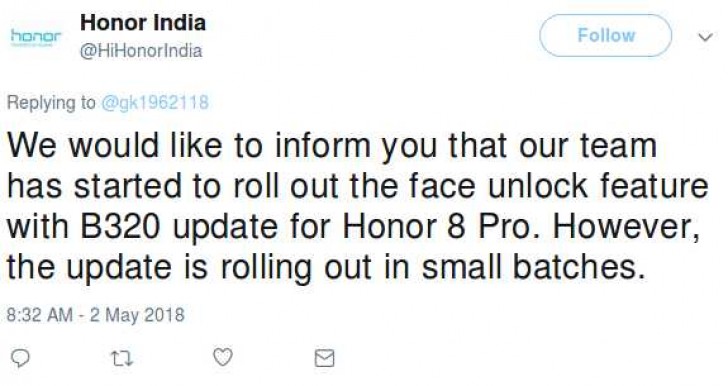 The update is a tad over 500 MB in size and it is being rolled out "in small batches". It also includes smart lock screen notifications - privacy feature that hides the notification content on the lock screen and prevents unauthorized people from reading them.

great am very happy for this update

@Martin I share your pain. I usually replace my phone around this time, and because of the disgraceful behaviour shown by Huawei/Honor I went for the Oneplus 5T. As soon as I connected it to WiFi it received the Oreo v8.1.0 and 1st April 2018 secur...