There’s a long list of smartphones claiming to be the "world's thinnest" and the Huawei Ascend P6-U06 is the latest in line with a thickness of just 6.18mm. The Android-running phone is yet to be officially announced, but we’ve already seen a second batch of photos, this time showing the phone in black (there's supposed to be a pink version too).

The photos give us a better look at the sides of the Ascend P6-U06 and they seem metallic, similar to the previous iPhone design. On the right side of the device there are two card slots – microSIM and microSD presumably that require an ejector tool to open. The 3.5mm audio jack seems to be positioned on the left side. 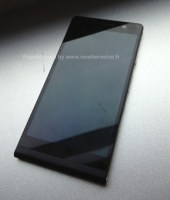 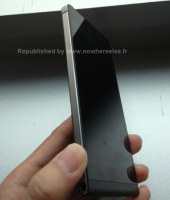 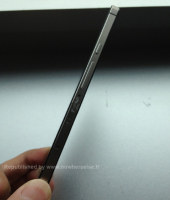 some times p6 get strucks after that you have connect the usb cable to restart other wise it is not working it seems like battery tead.

In old days, fashion means that you do something beautiful and that if people copy you, you feel flattered. Since when copying the looks become a problem. People these days are just no fun.