Last year OnePlus went from its normal release cadence of one high-end smartphone per year to two, when it surprisingly revealed the OnePlus 3T in November. And it's starting to look increasingly likely that the Chinese company will do the exact same thing in 2017, since the rumored OnePlus 5T is leaking more and more lately.

Just a few hours ago we showed you some leaked renders purportedly depicting it in all of its 18:9 screened glory, and now there's another one making the rounds. 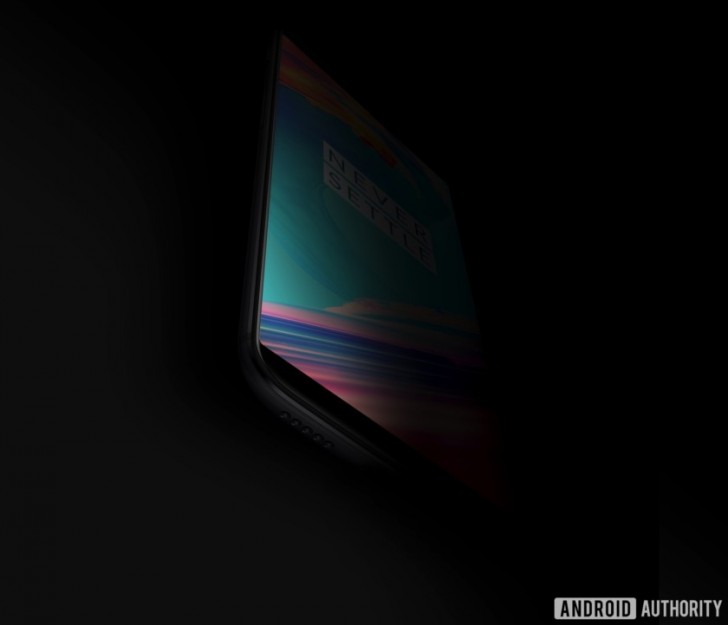 This looks more like a teaser that OnePlus itself would put out than a leaked press render, but anyway, more important is what we can see in it. The bottom screen bezel does in fact seem to be smaller than the OnePlus 5's, and the fingerprint scanner is nowhere to be seen. Both of these details fit with past leaks and rumors which revealed that the scanner will be moved to the back because the front will house an 18:9 6-inch touchscreen.

The different aspect ratio paired with the smaller bezels should make the OnePlus 5T roughly the same size as the OnePlus 5, with the only sacrifice being the fingerprint sensor's move. A speaker grille can be spotted in this image too, and the display itself doesn't seem to be curved like it is in Samsung's flagships. That said, 2.5D Gorilla Glass may still be found on top.

Yawn another ripoff phone that'll cost even more than the OP5, OP died after the original OPO.

This time,they should provide ip68 rating