Royole is technically the first company that launched a foldable phone, and it has been introducing more products for the past two years. Now, it is time for the third iteration of the Royole Flexpai series, and the phone has appeared on TENAA with specs and images.

Previously, the Flexpai had a vertical camera setup in one of the ends, but now the images reveal a square camera with two shooters. On top of that, there is a cutout in the same shape in the opposite corner, allowing for the camera bump to lay in and the phone’s back panels to close completely. 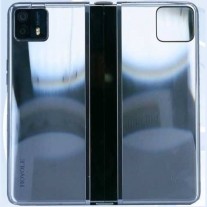 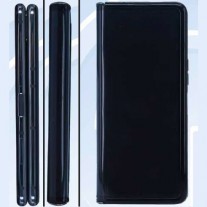 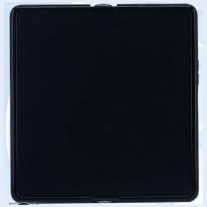 Looking closer at the images, there is no visible front-facing camera, meaning either no selfies or an under-screen solution. The main setup only has two lenses, downgrading from four in the Flexpai 2, meaning this new phone might arrive as a Lite or mini version instead of being a full-fledged successor.

In other specs, the Royole phone has a 7.2” unfolded screen, 3,360 mAh minimal battery charge, Android OS-based UI, and 5G connectivity. This device's dimensions are 147.1 x 138.8 x 7 mm, meaning it could very well be a smaller, more affordable Flexpai, which hopefully will escape China.

Gotta say if they remove the selfie camera I might just buy it. (if the other aspects aren't too trash)