Now, a new rumor of the company's home country of China has confirmed these details. Not only this, the rumor has also revealed some other key specifications for the phone. 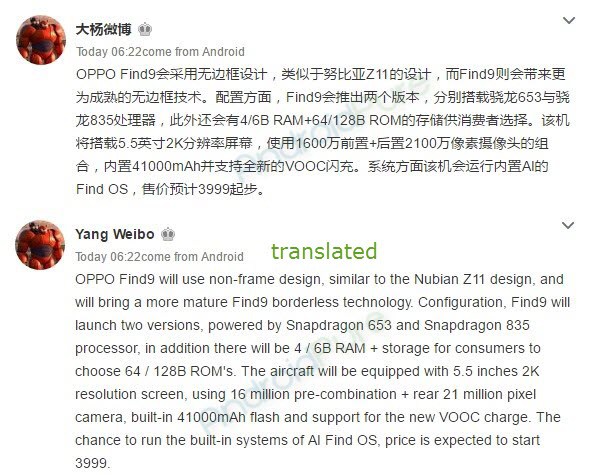 The Find 9 is currently rumored to arrive sometime in the first half of this year.

If the smartphone is really the same as the one pictured in the rumor, then it must have a 90%+ screen to body ratio.

Aw, shucks. I was on my way to get myself a pilot's license.