Last we heard, the Oppo R9S was to be made official on September 12, but that didn't pan out. Now, if a new rumor out of China is anything to go by, the device will be unveiled sometime in October. 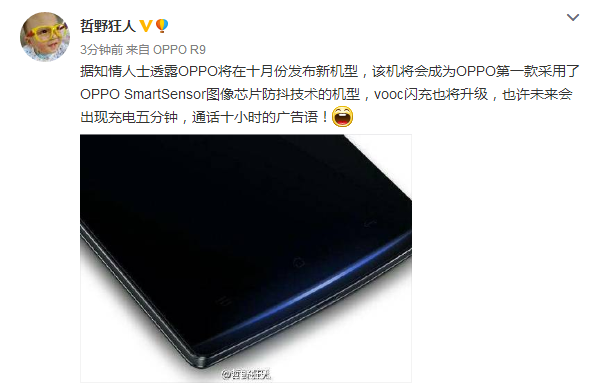 The rumor also says that the handset will feature an image stabilization tech powered by a new OPPO SmartSensor, as well as the Super VOOC charging tech that Oppo showcased earlier this year. We had a good look at how both technologies work at the MWC 2016.

To refresh, from what has been revealed so far, the phone is powered by Qualcomm's Snapdragon 625 chipset and sports a 5.5-inch full HD display. It features a 13MP rear unit and a 16MP front shooter, and a 2,850mAh battery is there to keep the lights on.