If you recall, a recent leak suggested that vivo's upcoming smartphone will carry the X9 moniker, and will feature a dual rear-camera setup. Now, according to a new rumor, the device will have dual front-facing cameras as well. 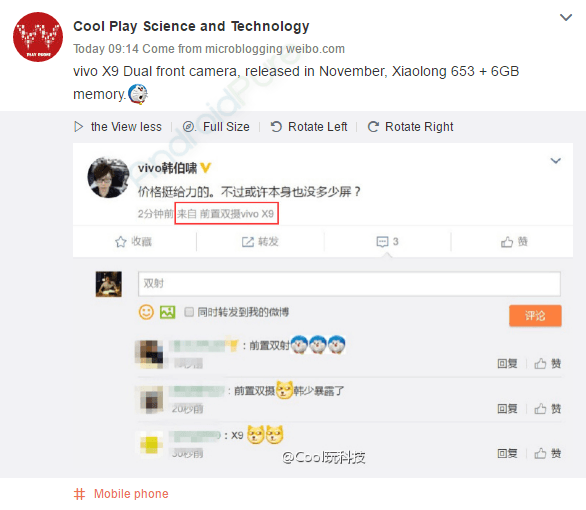 In addition, the rumor suggests that the handset will also have a 6GB RAM variant, which will be unveiled next month, presumably alongside the already-rumored 4GB variant on November 17. As for other specs, Snapdragon 653 chipset and 64GB storage have been tipped so far.

alright so your logic is.. only when it is on TV it is called advertisement, alright then

This industry is becoming a laughing stock.

Nobody . So they are roping in bollywood stars.