Remember the original Samsung Galaxy Grand Prime? There are actually quite a few reasons to do so, as it was an extremely popular value choice back in 2014. 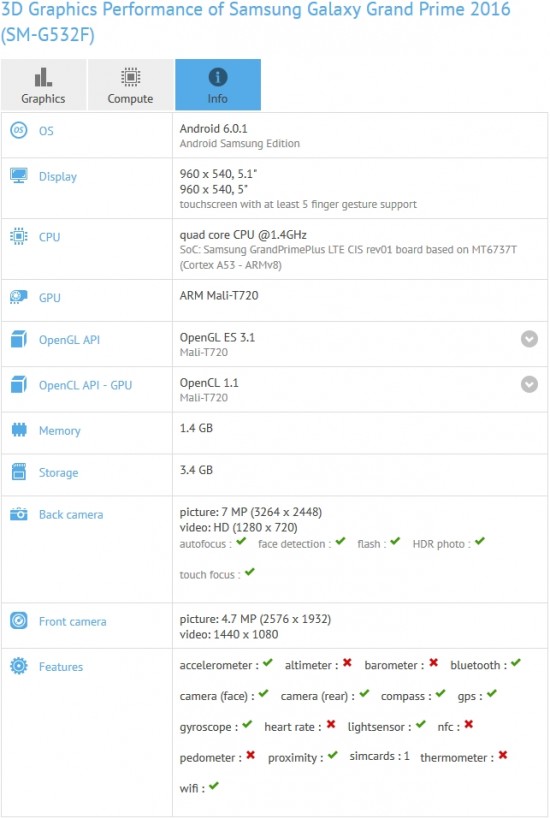 Hence, it is no surprise that Samsung is planning a successor. We first heard about it at the beginning of the month, but today's leak is a lot more substantial. It comes in the form of a GFXBench listing, which means there is a rather extensive specs sheet included.. 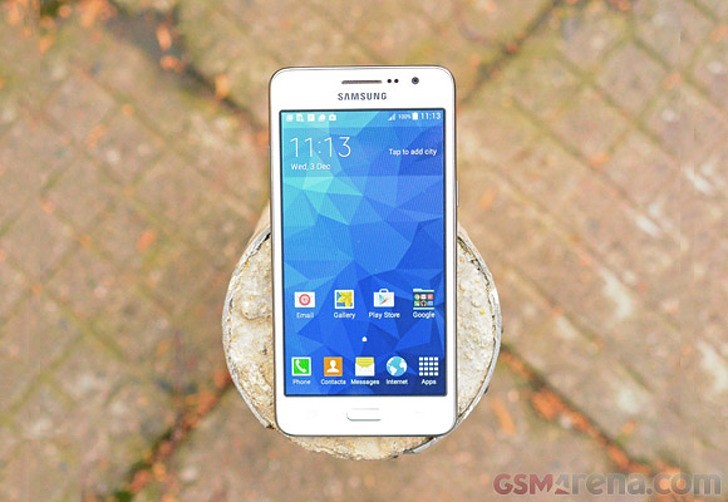 The source suggest that the Galaxy Grand Prime (2016) will be powered by a MediaTek chipset. This is highly unorthodox for Samsung, which tends to rely on its won chips, Qualcomm and Spreadtrum in the lower segment. However, the octa-core MT6737T is clearly listed on the benchmark page.

The chip in question isn't particularly powerful with its four Cortex-A53 cores, clocked at 1.4GHz, nor very power efficient considering its 28nm process. However, it is very cheap, which definitely makes it a viable option if Samsung is really looking to keep the price in check.

The other reported specs include a 5-inch display with a resolution of 540 x 960 pixels - likely same as the original Grand Prime. The same goes for the camera setup, which looks identical on paper - 8MP main camera and 5MP selfie one. RAM has been upgraded to 2GB and the device will boot Android 6.0.1 Marshmallow out of the box. Storage is set at 8GB, but the original did have a microSD expansion slot, which will more than likely be present this time around as well. 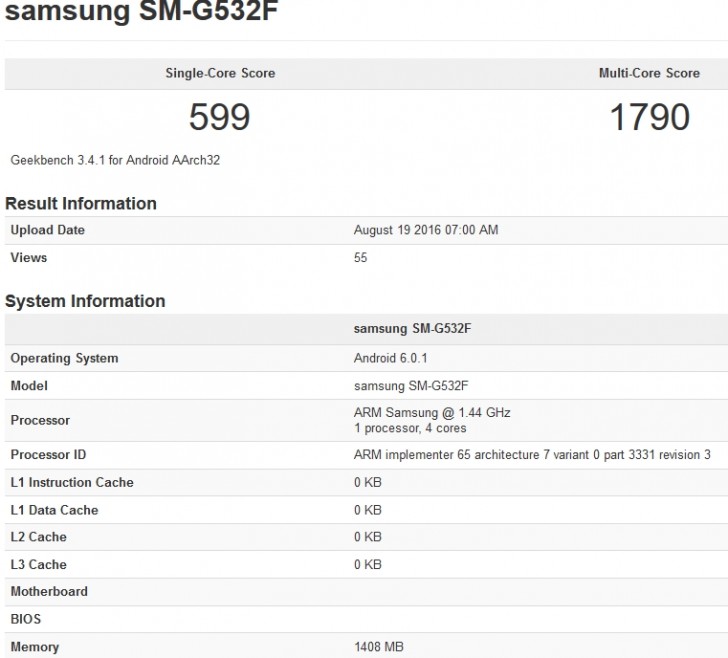 The Galaxy Grand Prime (2016) recently popped-up on the Geekbench website as well. But the latter doesn’t really provide any additional info, besides reaffirming the SM-G532 model number.

Thanks or the tips sachin Bhatt and Aman

You probably haven't used a smooth phone then...

Maybe you just got defective product. I bought original Grand Prime on June 2015, still working fine. I played game heavily on it, like DraStic DS emulator, PPSSPP, Titan Quest, until my phone get very hot. I replaced my Grand Prime battery with...

If they follow the pricing of the previous generation, then this is pure shit. The previous Grand Prime was so bad. Two of my cousins have it, one bought it last year and it is barely usable right now, and she has only Facebook, and Whatsapp installe...