Samsung Gear 360 came out last year and now a newer edition of the 360-degree camera is on the way. FCC listings revealed a 3D render of the “Next Gear 360” along with the ID of the device.

Samsung is working on a better version for the new Gear 360 with a handle and a power button like a gun-trigger, according to FCC listings, published yesterday. Unfortunately, many of the details are heavily redacted, so we don’t know any specs of the camera. There is a 3D render though that reveals the device will be smaller (45 mm width) and will be handheld, scrapping the tripod from the first version. 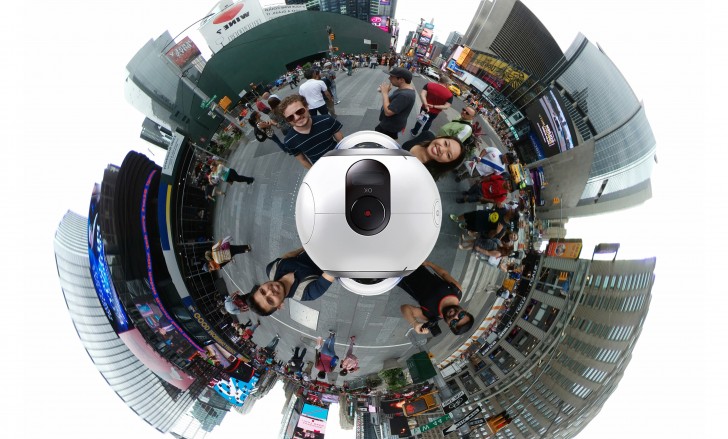 Samsung Gear 360 is a device that has two 180-degree cameras on the front and the back that create a unique image that you can look around. We had a hands-on with it last summer while strolling around NYC and realized this is a really cool way of taking videos.