Samung has started pushing out a new update to its mobile payments app Pay. Currently rolling out in India, the update brings along support for Android Oreo OS. 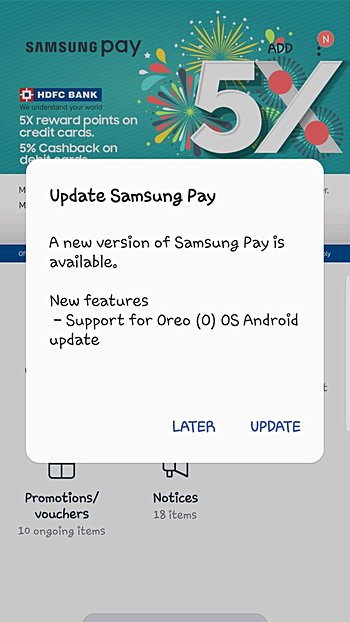 What's interesting is that none of the South Korean company's smartphones have received the Android 8.0 update yet. So Samsung Pay getting Oreo support in India suggests the update could be arriving to at least some Samsung phones in the country.

Alternatively the tech giant might be preparing to launch an Oreo beta program in India, as recent reports suggest such a program is currently being prepped for the US.

who's phone is that screen short taken from a 4 year old's phone, change the font

I can confirm it. I have the A5 2017. This update showed up inside the app