A new Samsung phone has been spotted on GFXBench and Geekbench benchmarking websites. Listed as SM-G615F, the device - according to GFXBench - is powered by MediaTek MT6757 SoC, and sports a 5.7-inch full HD display. 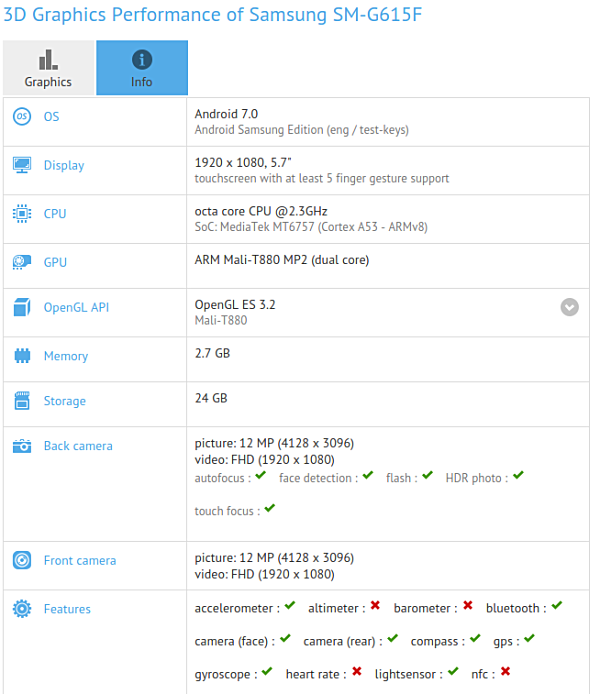 RAM is 3GB, while internal memory is 32GB. In terms of camera, there should be a 13MP/13MP combo. The handset runs Android 7.0 Nougat out of the box.

The Geekbench listing, on the other hand, reveals a chipset with octa-core 1.69GHz processor. Rest of the specs it reveals - 3GB RAM and Android 7.0 - are the same. While there's currently no confirmation on this, reports say the SM-G615F is likely to be a Galaxy On series phone.