The Motorola Moto Z, which got Nougat last month, has started getting a new update. Arriving as build version NPL25.86-17-3 and weighing in at 540MB, the update doesn't bump the Android OS version, which remains at 7.0. 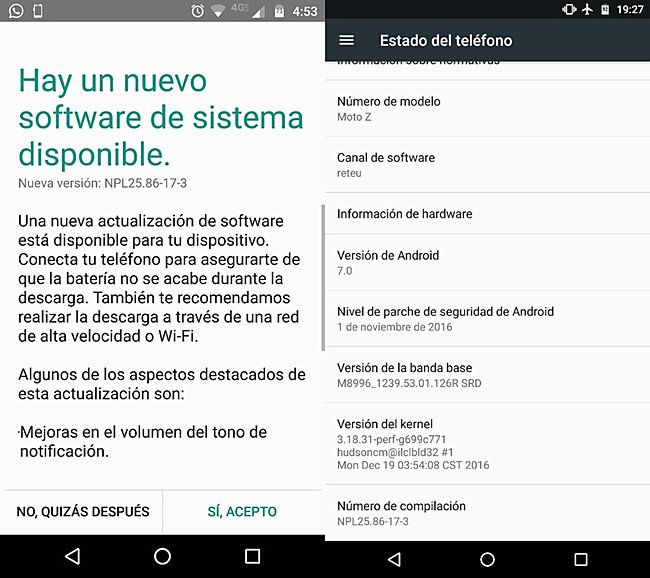 As for the changes, the update primarily brings along fix for the low notification sound issue that many users have been facing for quite some time now.

Given that the update has just started rolling out, it may take some time before the update notification pops up on your device's screen. Meanwhile, if you feel impatient, you can manually check for the update by heading to your handset's Settings menu.

Try manually checking for the update. If the update still doesn't appear, see if the update has reached your region yet.

I still dont get Nougat update on my moto Z... Can someone give me an information about that?