New XPERIA phones at MWC 2011, possibly the XPERIA Play too

Sony Ericsson has sent out the invites for ther Mobile World Congress event and they promise to introduce us to new members of the XPERIA family. While they don’t mention any names, the rumored PS Phone is a likely attendee.

The Mobile World Congress 2011 starts on 14 February but Sony Ericsson as usual will hold their event a day earlier to steal the spotlight. 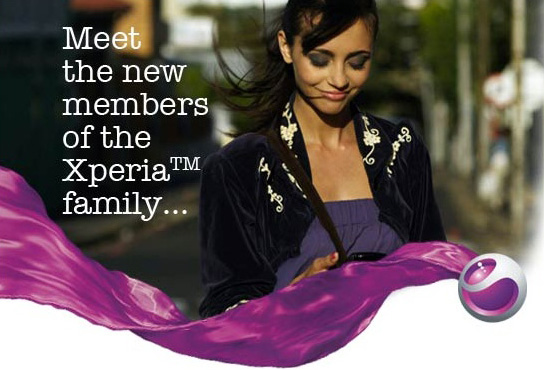 The talk around town is that the Sony Ericsson XPERIA Play, the long-awaited PlayStation phone, will be announced during the MWC.

It’s likely we’ll see other phones announced too - looking back through recent Sony Ericsson rumors, the Sony Ericsson X12 (‘Anzu’) seems like a possibility. Unlike the XPERIA Play however, we haven’t heard any reliable rumors about when it will be announced.

HTC HTC HTC that's all u need to no get out of the dark ages and get something decent yes they were good but they have lost just like Motorola did but made a comeback move with the times people.

SE lost their stand by the time when they stuck to thier worst proprietry port and rediculous jockiiieees, people from that time stopped buying SE, otherwise SE is gud in camera, cybershots have no comparision, optical zooms yet on phones are not tha...