ZTE is holding an event in China next week, on October 17 to be specific. On this occasion it's been speculated that the company will launch the nubia Z11 mini S, a handset reportedly having a dual rear camera setup. No other details about it have been outed yet, but today an intriguing new leak from China makes us think we might see a different smartphone on Monday - or perhaps the nubia Z11 mini S won't have dual cameras on the back after all.

The image you can see below has showed up on Weibo, and it's alleged to be showing a yet-unannounced nubia model. The metal construction of the phone is obvious. 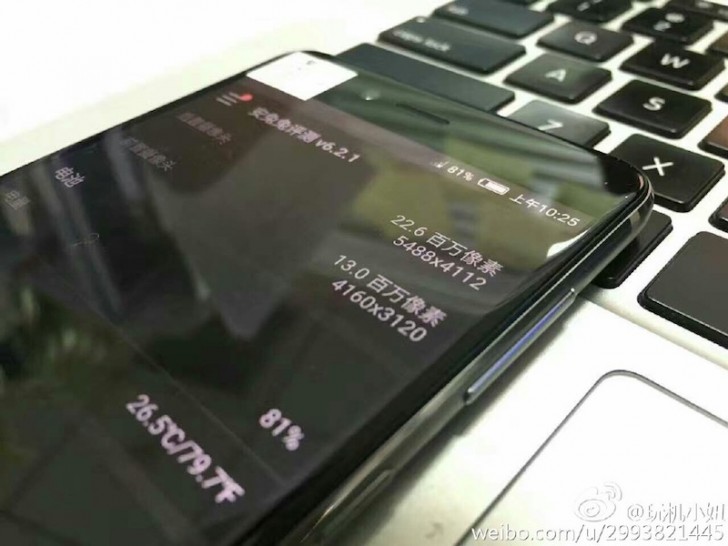 Also, the AnTuTu screen is showing us info about the phone's cameras, and based on this data this nubia is shaping up to be an interesting contender for mobile photography. That's because it has a 23 MP rear sensor and a 13 MP selfie shooter.

Unfortunately nothing else about this smartphone has been leaked yet, not even its name. So it's anyone's guess what it might be. What is certain is that the resolutions of its cameras are a step up from the 16 MP / 8 MP pair seen in the nubia Z11, the sub-brand's current flagship released in July.

Hey but still its better than iphone 7 plus camera

Not announced. No further information available. Maybe wait and see.