After a few hints here and there and an official visit to TENAA, we are already quite certain that the ZUK Edge will be the next handset offer to come out of Lenovo's subsidary. The phone's retail box already leaked, but now we get to see the actual Edge in the wild. 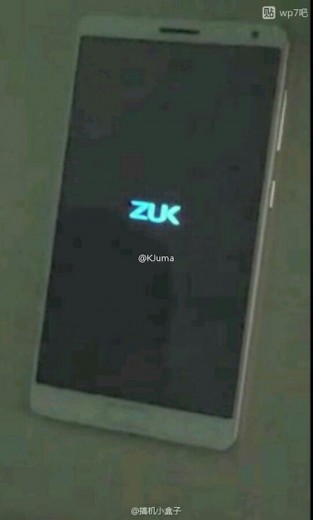 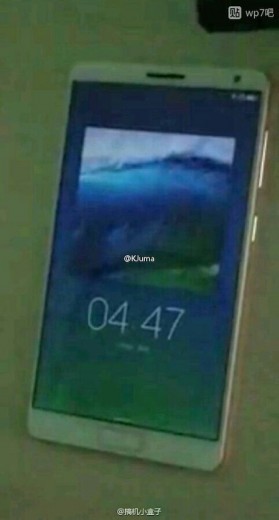 The device was spotted on Weibo in a total of three stills. Two of them are quite blurry and reveal little extra detail. However, they do show the handset booting with a ZUK logo and then running, what is presumed to be an Android 6.0 Marshmallow ROM.

The third photo appears to be a lot more interesting. It offers a closeup view of the top part of the phone and thus a more detailed look at the design. Better still, the unit in question is white, as opposed to the black one TENAA received for its obligatory shots. This makes it a lot easier to make out the design and oddly enough, from the looks of things, it appears the Edge moniker might have been misunderstood. 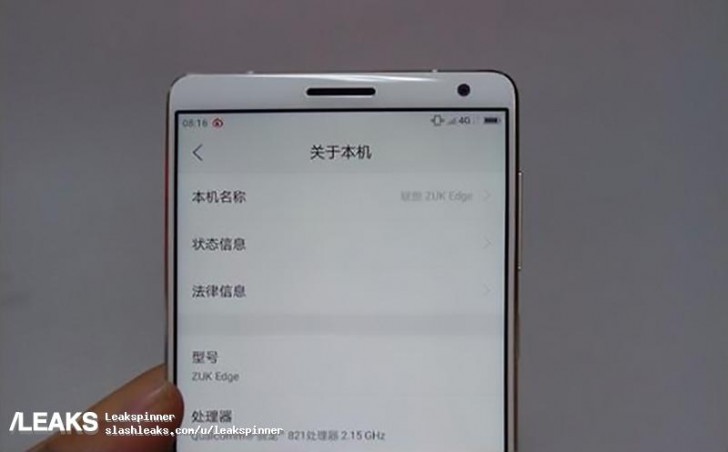 The ZUK Edge seems to have thin bezels all around, but the display doesn't seem curved, at least not a Samsung way. Still, there is the possibility that the angle is deceitful and that Lenovo has gone with a ZTE-style approach of optically simulating a curve near the edges. This would definitely cost less than a true flexible panel and would fit better with the value nature of the ZUK brand.

As for specs, the ZUK Edge is powered by Snapdragon 821 SoC and the aforementioned panel is said to be 5.5-inches in diagonal and with a resolution of 1080p. RAM is 4GB, while storage options include 32GB and 64GB. The device features a 13MP rear camera and an 8MP front shooter. It's 7.68mm thick and packs in a 3,000mAh battery.

The ZUK Edge is expected to launch on the local Chinese market towards the end of this year, so it shouldn't be long now.

well, Lenovo has been doing that for a while now, so yeah, Samsung should do the same since they also place their brand at the back already

Curved or no curved side bezels - those tiny top & bottom bezels without logo are awesome! Take note Samsung (no pun intended!)

Name it Edge without an edge? Let me guess, all metal unibody rear.