simple user, 10 Feb 2011(i am NOT nokia fan, however i am very much anti-apple since 1998). The most obvious thing sy... moresooo what the different between just a phone and smartphone?
symbian OS use to be a smartphone OSes category right?
so if it only good at call and sms than why you guys want to waste your money for that?
i dont like eye candy,always turn it off.
what the shiny mega cool apps that you mean?
is remote desktop from your phone and control your PC is shiny thing?
ask your computer technician friend,is it useful or not.
is it a shiny toy to have augmented reality in your phone?
and hundred of medical ebook or apps just a shiny toy too?
so you think the android and iOS popularity just because more people like toy and also symbian lover dont like toy and more functionality with their lovely smartphone because they only use it for call and sms only. that the public lies from symbian advocate.
thats why people using other OS gain more success, creativity and more knowledge because they really do used more things with their smartphone more than just call sms taking picture.

It's a hardware prototype that has leaked. Is anyone here actually dumb enough to think that all protypes programs go to production?

G, 10 Feb 2011The last great Symbian phone was arguably the N95, and even that had its fair share of problem... moreI remember N95 commercial its so cool that when i got it i was as happy i can be!!! Indeed the best Nokia ever is N95. After N95 Nokia never make new innovation. they just add more power and larger screen. Now they just realize they are left behind. Let's hope for the best for Nokia!!!

I am a fan of android for sure....definitely don't like apple, wp7 seems weak to me......but meego...i was really looking forward to what they were gunna do with that.
I don't think nokia is going anywhere lol
Its a large company with a pile of cash, just need to refocus, all large companies eventually run into an era where they make a couple bad choices and have to reshuffle the deck.
Im curious to see what direction they go in, I sure hope they stay away from wp7, but I wouldn't mind seeing an android device or 2.....although the fact that competition has had 2 years of experience with the OS leads me to think that anything nokia put out might be a bit of a let down at first.....
Either way, I hope they get things sorted out and release some phones we can get excited about again :)

to Grazzz, 10 Feb 2011mate, at least symbian allows u to change ringtone to any custom song u like without having to... moreso you mean people loyal, care so much and defend it till the end just because it can pick a ringtone?
so something like multypurpose gadget loose to some trash just because a ringtone?
now i know that a ringtone is world most important feature for smartphone tech. increadible waste your hard earn cash for something that can only pick ringtone call and sms. wonderfully blind.

G, 10 Feb 2011The last great Symbian phone was arguably the N95, and even that had its fair share of problem... moreYou are missing something m8. Look at E5 ;)

torrentblock, 10 Feb 2011who needs iTunes when you can have your phone running a bittorrent client? symtorrent on No... moreSwarm, and it works just fine....i download 3gb tv series np on android....
I had nokia and the lack of apps was frustrating, symtorrent was cool, but there just wasn't eniugh developers making anything else!

engige, 10 Feb 2011It seems like the tech world has no news at all. What is all these hullabaloo about a gadget t... morethis device existed and was kicking in the minds of many nokia fanboys. now their hopes have been dashed.


anyway nokia is all set to really rock the MWC with its WP7 and Android announcements......LOL....

G, 10 Feb 2011The last great Symbian phone was arguably the N95, and even that had its fair share of problem... moreer... i hate to shatter your illusions, but my symbian^3 works fine...

nokia know it!, 10 Feb 2011Yes, they have built it, tested it and experienced it. Guess what?? It didn't work that well. ... moreoh really? I am soooo sure they said MeeGo fer mobile wil only be ready by April. And the Nokia MeeGo UI devs said the UI is only jst entering Alpha mode. Where did ya get that they hav already tested and experienced it? Dnt tel me(ye got a time machine)? Too awesome

Nokia fails again .... Was so hoping to get the N9 an see what meego feels like instead of the symbian but once again nokia dissapoints.... Not everyone wants a tablet...

Yes, they have built it, tested it and experienced it. Guess what?? It didn't work that well. It still lag and hang. So they decided not to embarrassing themselves. Quickly dig a hole at their backyard and bury it up! Nokia can't loose anymore customer confident!!

The last great Symbian phone was arguably the N95, and even that had its fair share of problems. Since then there has been buggy release after buggy release - talk to any N97 owner and wait for the rant of problems.

So, yes, the list of features for Symbian is good. The problem is that the user interface isn't. It was fine for when the smart phone market was dominated by phones with buttons, but it has not adapted well to the shift to touch screens. For that it has generally been an inconsistent experience (when do I double tap, when do I single tap, why does it scroll up her when I swipe but down in another place!?) Things have improved Symbian ^3, but that's a minor adjustment, not a whole scale change for the better.

iOS, Android and, to an extent, Web OS have shown how slick and user friendly a touch screen interface can be. Comnine that with the wealth of apps they have and the over all user experience is fantastic.

It's all very well and good talking about the geeky features and specifications, but at the end of the day users want a phone that works and that feels good to use. Symbian just doesn't do that any more.

what's the torrent client for android called? oh yeah, none of them work.

who needs iTunes when you can have your phone running a bittorrent client?

AnonD-252, 10 Feb 2011I think Nokia will use Windoes Phone 7, and that was probably the hidden mission for CEO Steph... moreno i think android or wp7 is a chance for nokia to survive rather then keep struggling with lamed symbian

This is all getting very boring now, Nokia just shut up and do something and stop waste our time with your lack of direction.

goodness me ? wats wrong wid nokia.. i lve them and they do things like aaahhhh, well i cant afford to loose symbian i think they are trying to get wid windows 7 but that wont be good too i guess too many people love the multitasking thing.... i hope nokia just works with the new ui like merge wid spb that would be great

Anonymous, 10 Feb 2011Thethering and Mobile HotSpot. It does that since 2008.And Flash and Java support. Enjoy 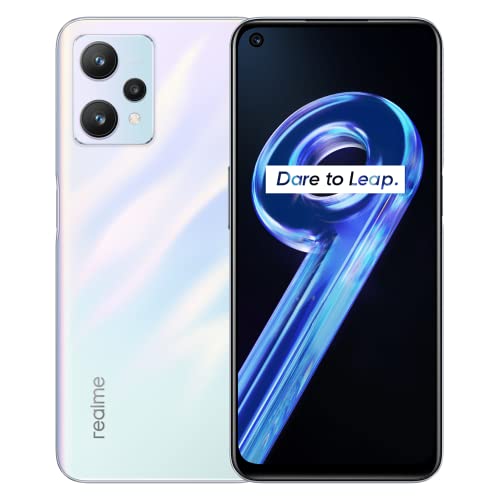