Google officially announced the latest version of Android operating system, 4.3, at its event today. The newest version of Android is a minor upgrade over the currently present Android 4.2 Jelly Bean OS and brings restricted profiles, a few other minor features along with a bunch of performance enhancements. 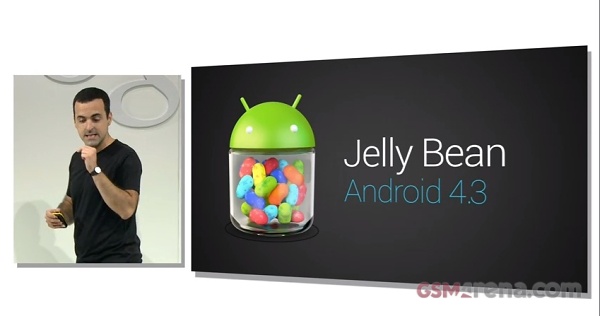 As one can expect, the Android 4.3 Jelly Bean OS will be first available on Samsung Galaxy Nexus, Nexus 4, Nexus 7 and Nexus 10. What might come as a slightly surprise is that you won't even have to wait a day - the update will start rolling today.

After the roll-out to the Nexus line-up, the latest Android release will be seeded to the Google Play Editions of Samsung Galaxy S4 and HTC One. We got no time frame for that, but we were promised it will be happening soon.

The Android 4.3 Jelly Bean software update will be available over-the-air (OTA) so keep an eye for that notification.

I have updated to Andi 4.3 lastweek and running without any tweaks. Thx Google.

I updated my galaxy nexus and nexus4 with android 4.3 about a week ago. unfortunately now updating or downloading of applications can not be done. shows an error RPC-S-5.AEC-0. Please can anyone help with solution