This year we get double the Nexus phone action - the 5.2" Nexus 5X and the 5.7" Nexus 6P, brought by LG and Huawei respectively. They come to replace the two-year old Nexus 5 and the fresher Nexus 6. There's a new Android tablet too, but it's not a Nexus!

Both Nexus phones solidify Google's ideal for an Android phone even if they don't break new ground. They share an adopted security focus with a fingerprint sensor for Android Pay and Google Play purchase notifications. Also both agree that USB Type-C is the way forward.

Naturally, the new models launch with Android 6.0 Marshmallow. Older models will get it soon too. What Marshmallow brings is Google Now on Tap, turning Now's ambient intelligence into a full-on digital assistant, and Doze - the new power-saving feature. 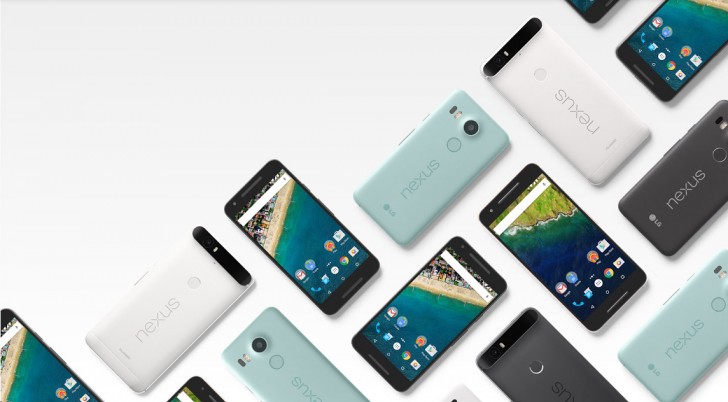 Android Pay is a big focus, but it has a lot of catching up to do, launching after Apple's and Samsung's solutions. Oh, and Android is finally getting a more meaningful control over app permissions. Instead of asking all sorts of permissions before installing, apps will now ask for each permission individually only when needed making the process more transparent.

Both phones come with a motion co-processor, which is what Google calls Sensor hub. It's used for sensor data processing and allows your phone to monitor sensor data thus offloading the main processor and enabling stuff such as activity recognition or gesture recognition with a minimal power overhead all while your phone's screen is off. For instance, this motion co-processor detects that you pick up the phone and activates the Ambient display.

The Nexus 6P is built by Huawei and is the premium model, which is reflected in its pricing and specifications. It's more compact than the Motorola-built Nexus 6 (5.96" AMOLED) and upgrades to a 64-bit processor (a refreshed Snapdragon 810 chipset). The other major changes are the fingerprint reader and the reversible USB Type-C connector.

Nexus 6P by Huawei at a glance:

LG sat out last year's Nexus refresh and so the new model brings more significant improvements. The larger screen is just the start; the camera goes up in photo resolution and joins the 2160p race and the battery has also been given a needed bump. The fingerprint sensor and Type-C connector are on board too.

Nexus 5X by LG at a glance

Google also unveiled the Pixel C tablet - and Android device, not Chrome OS! - along with a new Chromecast plus Chromecast Audio. Unfortunately, the tablet wasn't around for some hands-on action.

Any review of the 6p coming up soon?

GSMARENA when will u review nexus 6P

Want a full review of nexus 5x. Why is taking to long??