U.S. smartphone ownership has passed the halfway point, with 50.4% of mobile users now owning smart devices, up from 47.8% in 2011. While the Android OS is found on almost half of all smartphone devices, it's Apple who are the number one handset manufacturer so far in 2012. 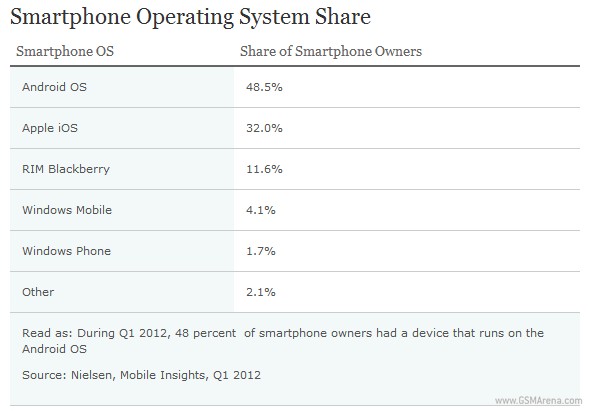 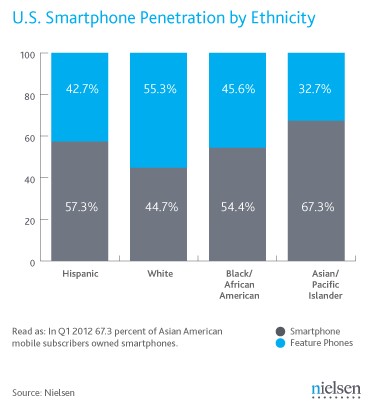 It also seems that women are slightly ahead of their male counterparts in smartphone usage, with 50.9% of females owning smartphones compared to 50.1% of men.

I found this insightful, although it's more helpful to see this kind of data on a global scale. A bigger picture is painted on Mobile Stats showing global stats.

Or maybe they mean that 50.9% of all women and respectively 50.1% of all men in the US have smartphones.