The Nikon D850 is here to replace the three year old D810 at the helm of Nikon's high-resolution lineup.

The Nikon D850 has a 45.7MP FX (full frame) BSI CMOS sensor without a low-pass filter, the first backside-illuminated sensor in Nikon's lineup, can capture 7 frames a second stills (8fps with the new MB-D18 grip), has a base ISO of 64 and tops out at ISO 25,600, natively. 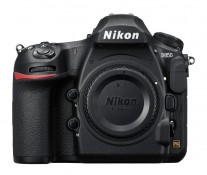 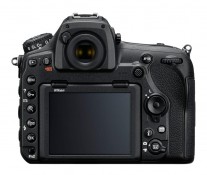 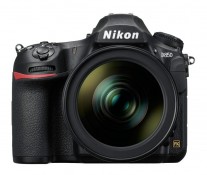 The Nikon D850 captures 4K video at 30/25/24p and uses the entire sensor surface (unlike the bigger Nikon D5 which has a 1.5x crop when shooting 4K video). For the first time on a Nikon DSLR there are zebras and focus peaking, though that works only for 1080p. Speaking of 1080p, the D850 can capture slow motion at up to 120p in FullHD. There's also 4K timelapse in camera as well as up to 8K timelapse through the built-in intervalometer.

The back of the Nikon D850 has a tilting LCD touchscreen which supports Touch AF in Live View. There's also Silent Photography in Live View that can shoot 6 fps at full resolution without the mechanical shutter noise.

The Nikon D850 can capture 51 14-bit RAW files before its buffer is filled - twice as many shots as the D810. Those shots are recorded to the fast XQD card in the first slot, while a second SD slot can be used for overflow or backup. 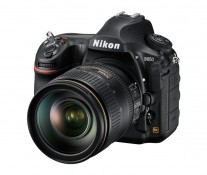 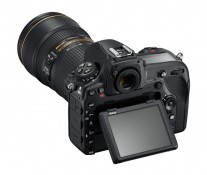 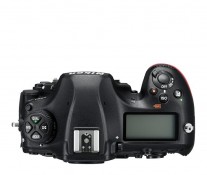 The battery is the EN-EL15a - a slightly more powerful version of Nikon's popular battery, that promises the immense 1800 shots battery life and 70 hours of video. The Nikon D850 is compatible with the old EN-EL15 battery too.

There's Wi-Fi as well as Bluetooth, which is used in conjunction with Nikon's SnapBridge app to transfer images to your smartphone as you're shooting.

"when they can figure out some magic to fit". Troll again? And please don't be too sensitive this time.

You can spin all you want, but you said clearly about fitting the "magic" of DSLR features on size of the smartphones... which is impossible for now, even for many years to come. So don't act like you never said that or other thing. It seems you are ...

Why do you think I said "magic". If you want to appear smart and like you know what you are talking about to "inform" others...then why would make such foolish replies? And you mean the sensor is only part of it. And then the lens. Body has impo...