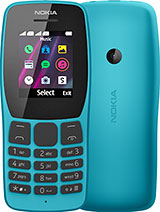 Contains several stupid games (impossible to remove), each one with a default (costly) "buy" menu entry. Much worse than older Nokia 150 (display and keyboard).

Anonymous, 29 Dec 2019Can we change theme on this phone? Please tell me that we can save characters with contact Numbers or not.

Can we change theme on this phone?

Anonymous, 15 Dec 2019does this phone have a voice memo? if so, is it usable for recording calls as well, even automated?Yes

does this phone have a voice memo? if so, is it usable for recording calls as well, even automated?

Anonymous, 07 Dec 2019Can you use facebook??Yes you can record calls with it. Simply go to: settings--call settings--call recording--on.
Seems easy? :)

This phone can Record Calls and save them in memory card or not ? any body knows ? please tell me Thanks

My nokia 208 has been with me for 5 years,never had a problem with the buttons never let me down once no complaints at all,just had to replace the battery that's it,as for the app's I would have deleted 90% of them long ago if I could have! as for the screen just get a good phone case simple,the only problem is the powers to be in 2019 are making these phone's useless for the internet and WhatsApp is gone,now I'm forced to upgrade to these cheap and nasty feature handset's because I prefer button's on my phone for texting and making call's,been reviewing the feed back on all of nokia's new feature phone's and not liking at all what I have been reading,I WOULD BE HAPPY JUST TO STICK WITH MY GOOD OLD TRUSTEE NOKIA IF THEY LET ME!

Anonymous, 09 Nov 2019The public is screaming out for Nokia to bring back a good feature phone of the high standard ... moreI don't think both platforms should be compared on the same level. S40 phones were "higher-end" market oriented feature phones with different prices of these S30+ ones. Obviously they put much more work into that platform/apps/phones but not always. There were also phone models far from good with lower quality displays/camera modules or quality plastic feelings. Also in my opinion S40 began to feel heavy with too many of those online services apps nowdays would not probably work anymore and needed the o.s. to be optimized for faster hw platforms (there were few Nokia Asha models that had cpu up to 1Ghz that still couldn't run that o.s. as fast as it should be expected to).
And about the Nokia 301, it was a good phone but for its price it had its problems. I had it and I remember the good solid plastic but still the keypad buttons feedback wasn't good at all (difficult to press), the glass on the display was easy to scratch, the hw platform were probably not fast as I'd have expected for Java apps. It was good but far from perfect.

The public is screaming out for Nokia to bring back a good feature phone of the high standard back with an operating system that works well on a feature phone, Nokia's S40 os sold in the billions,for good reasons,it,s a well thought out practical system for a small screen phone's,nokia 301 has a good 3 mp camera,great sound and has the s40 os and is of quality build and affordable,nokia brought back 301 quality in 4g nokia would start selling maybe not in the billions as times have moved on with feature phone's but would do very well as there is still a huge market for these popular phone's!

Nokia phone good if they have side sim card slots.

I bought it yesterday and SIM goes undetected in both the slots? Which kinda sim it supports? I got Mini-Sim ..Does it support Macro Sim or Nano SIM?

Anonymous, 08 Sep 2019We need s40 back! s30+ is the worst OS powered by MEDIATEK chip! we want s40! we want s40! I ... moreI imagine it was more expensive to buy that model in the 2013. It must be considered their price range at launch. Obviously their features are not the same and those S40 phones were more like middle-end market product, not the lowest end.
And to think well about those old S40 phones since the Nokia C1-01 just an opinion they didn't feel really so much better for their price, if I remember. Do anyone remember the "quality" of their camera module? Or the "quality" of their transmissive low brightness screens? Do anyone remember the speed of Java apps on the not cheap Nokia 301 or the quality of its keypad feedback?
It's about the market range the product is oriented to. There're people that still compare a modern 30 Euro feature phone with S60 smartphones of those old times when their price was multiple times that. Those were not feature phones, they were the high end products with higher end components.